A flash of blue catches Cristina Mittemeier’s eye as she dips her head beneath a Pacific Ocean wave. It’s an elegant blue shark, one of the top predators on the open sea, curious to see what Mittermeier is up to. After briefly bumping into her camera, the shark passes by, disappearing into the dark abyss.

Sharks, like most apex predators, are among some of the most vulnerable creatures on Earth, with 140 species listed as endangered, threatened or near threatened. Extinction, coral bleaching, and warming oceans all threaten the biodiversity of our shared planet. And there is a human cost as well; from human-elephant conflict in rural Africa to the prevalence of human slavery in illegal, unreported and unregulated fishing.

Meet the women — elephant experts, activists, anti-poaching officers, product managers and photographers like Mittemeier — who are determined to protect the planet and its most vulnerable species. 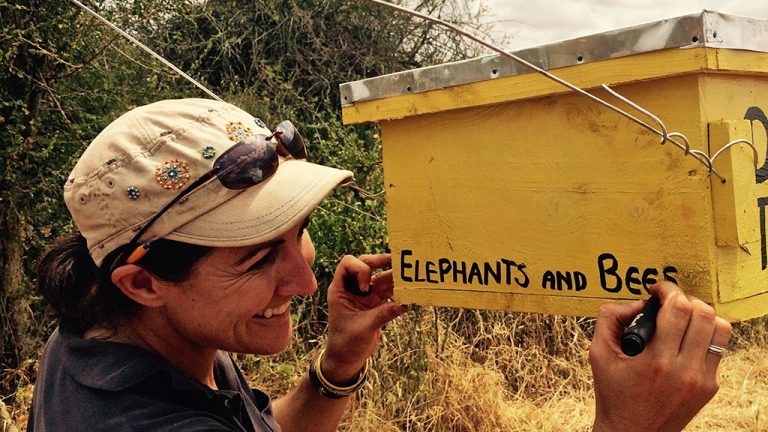 As head of the Human Elephant Co-Existence Program for Save the Elephants, Dr. Lucy King spends her days thinking about how elephants and humans can better live together – it’s the biggest challenge she thinks elephants will face in the future.

Since elephants are naturally afraid of bees, Dr. King has developed an innovative, yet simple solution, to use bee hive fences to keep crop-raiding elephants from farms and the humans who inhabit them. The output of honey is an added bonus for the communities.

Working daily with rural Kenayns who live with wildlife and appreciate their intrinsic value makes Dr. King most optimistic about the work she’s doing. “If we can continue to work with communities, engaging them actively in solutions to human-elephant conflict, and educate the next generation on why wildlife is so critical to the long term survival of our planet, I think we have hope for elephants being in our future.”

Click here to learn more about Dr. King and her work.

“Be bold! Throw your hat in the ring and go for what you want” 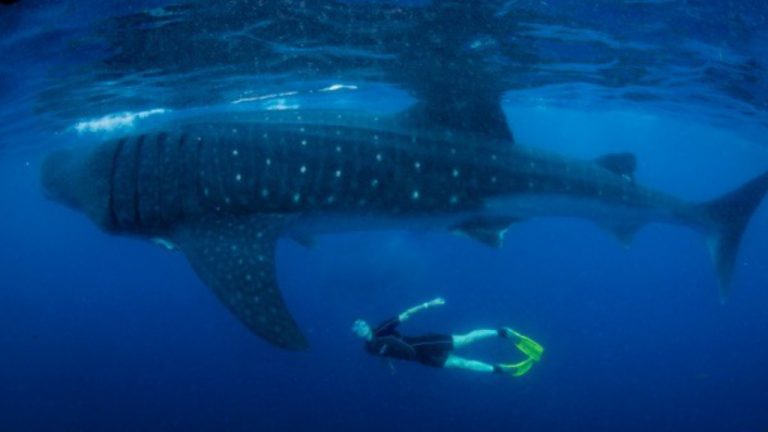 Lauren Kickham is a director of product management at Vulcan. In her role, Kickham designs and delivers entrepreneurial solutions that aim to drive large-scale change.

These solutions range from the Allen Coral Atlas, the first global mapping and monitoring system for the world’s shallow coral reefs, to new treatment models for opioid addiction, to the use of machine learning to help survey world’s most endangered species. Kickham’s ultimate objective? “Get better data and tools into the hands of those doing good on the frontlines to catalyze change.”

To anyone looking to follow her career path, she gives this advice: “Be bold! Throw your hat in the ring and go for what you want. Pay attention to what lights you up, and think creatively about how your strengths and experiences can be in service of that inspiration.”

Click here to read more about the impact Lauren and her team at Vulcan are driving.

“Why are more people not equally preoccupied with making sure we have a livable planet?” 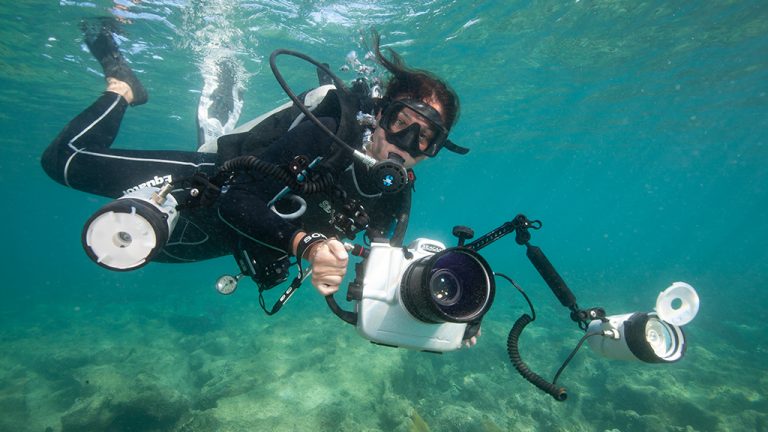 Cristina Mittemeier is a contributing photographer, speaker, National Geographic explorer and co-founder and president of SeaLegacy – a non-profit organization working to protect the oceans. As someone who has roamed the farthest corners of Earth, Mittermeier wants her images to spur action and drive people to care. “I love the feeling of being part of something bigger and more unpredictable than myself and I like having a life in which the biggest thrill is to actually help animals thrive in nature.”

Mittemeier “stumbled upon by accident” her career as an underwater photographer. With a background as a marine biologist, she soon realized that science and research wasn’t the “right tool” for her efforts to help protect the ocean. Thanks to the internet and social media, the power of her images have given Mittemeier a tool “to make the entry level into the conversation and lot more reachable for a larger number of people.”

Click here to learn more about Mittemeier and her work with Sea Legacy. 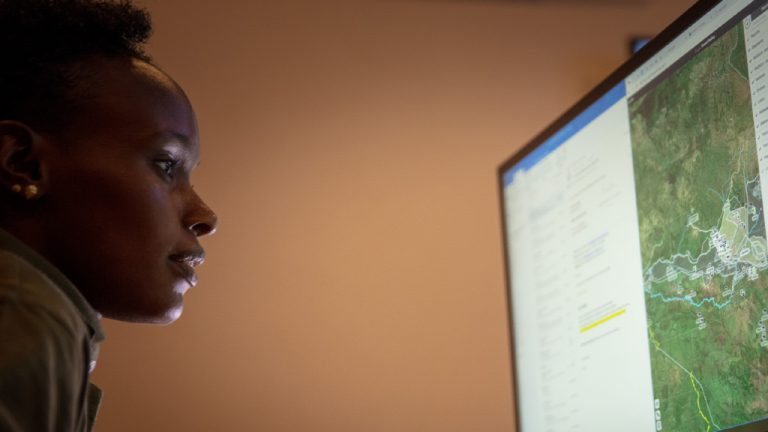 Alina Peter is the woman responsible for operating much of Grumeti Fund’s anti-poaching operations on the Grumeti Game Reserve in Tanzania.

Situated in a room wall-to-wall with giant screens that help monitor the reserve, Peter uses Vulcan’s EarthRanger software to combine information coming in from the field with tech to help direct rangers on the ground to poaching incidents, wounded animals, potential conflict and much more.

Her fight to protect some of Africa’s most endangered species is part of a new era in Africa. Responsible for 350,000 acres, an area half the size of Rhode Island, more and more African parks are relying on technology to give people like Peter the information they need to know what’s happening in their parks. This is what drives her passion for the work. “Knowing that my contribution is valued and [has a] positive impact on Grumeti Fund’s anti-poaching, wildlife conservation and community development has me most optimistic about the work I’m doing.”

“I believe that everyone can make it happen, just believe what you are doing and keep moving” 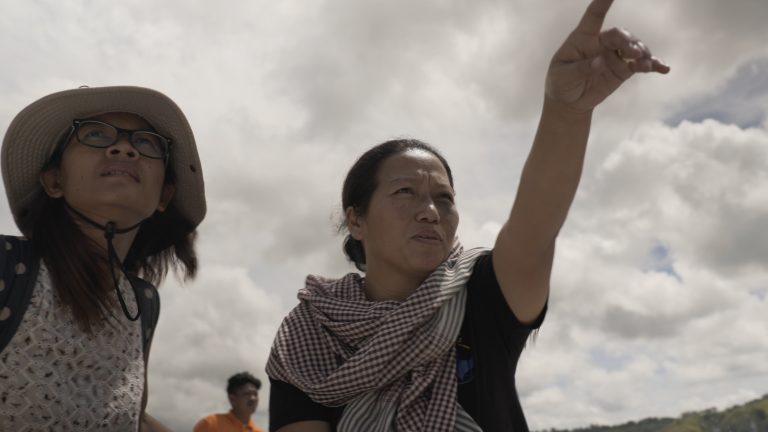 Patima Tungpuchayakul is a Thai abolitionist who has committed her life to protecting and improving the lives of enslaved fisherman in her home country.

For more than two decades, Tungpuchayakul and the group she co-founded, the Labour Rights Promotion Network Foundation (LPN), has helped create awareness and drive policy changes to reform and improve the lives of migrant workers. The impact has been clear. From 2014-2016, the LPN rescued around 3,000 trafficked workers who were stranded on a remote island by the Thai fishing industry. “Illegal, unreported and unregulated fishing and human tracking is everyone’s concern. We need to take it very seriously [to] protect human rights and [the] environment.”

Her tireless work will be featured in Ghost Fleet, an upcoming Vulcan Productions’ documentary, which follows Tungpuchayakul’s efforts to end slavery at sea in Southeast Asia.

Click here to learn more about Tungpuchayakul, her work and the Ghost Fleet film.

“Increasingly women are being recognized for their leadership role” 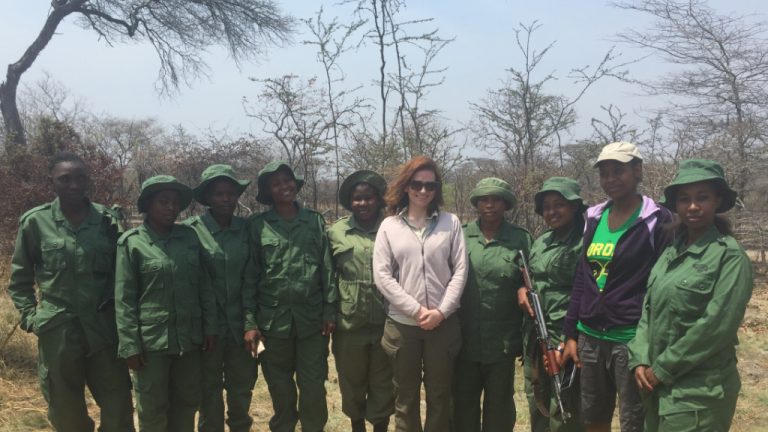 As Vulcan’s wildlife protection expert, Shana Tischler leverages technology as well as a range of philanthropic initiatives to tackle wildlife poaching and other crimes against wildlife.

For a company founded by the late Microsoft co-founder Paul Allen, it’s no surprise that technology lies at the heart of Vulcan’s efforts to protect wildlife. But as Tischler says, technology – for all of its great qualities – isn’t going to stop poaching or wildlife trafficking. Rather, it’s true power lies in its ability to give park rangers, for example, the tools they need to become wildlife superheroes.

While the use of technology in conservation has enabled new insights, it’s the people that are now focusing on protecting wildlife that has encouraged Tischler. “So many people, men and women, are doing impactful work to conserve wildlife—and increasingly women are being recognized for their leadership role.”