Technology is Changing the Game for Eric the Rhino

In an effort to bring the black rhino back to the Serengeti ecosystem, Grumeti Fund, in partnership with the Tanzanian Ministry of Natural Resources and Tourism, continue their multi-phase Ikorongo Black Rhino Re-establishment Project. With fewer than 1,000 eastern black rhinos remaining in the world, translocated rhinos living in a "rhino intensive protection zone" could help jump-start genetic diversity and a steady return of this important species.

In September 2018, an eastern black rhino named Eric, born and raised at the San Diego Zoo Safari Park, was safely transported to a protected area monitored by the Grumeti Fund in Tanzania. The San Diego Zoo Global donated Eric to the government of Tanzania hoping to reintroduce the threatened species to the greater Serengeti. Eric and his friend Laikipia, a 17-year-old female rhino who resides with Eric in a 600 acre enclosed protected area, are part of a larger program focused on safeguarding this highly-endangered species.

“San Diego Zoo Global is committed to ending extinction worldwide. As part of this mission, we were honored to donate Eric, the black rhino, to the government of Tanzania in 2018,” said Steve Metzler, Henshaw curator of mammals, San Diego Zoo Safari Park. “Eric’s genes are well represented in the population of black rhinos in North American zoos, so he would not have been part of the U.S. breeding program. Knowing that he can contribute to re-establishing the black rhino population in the greater Serengeti ecosystem is exciting and gratifying.” 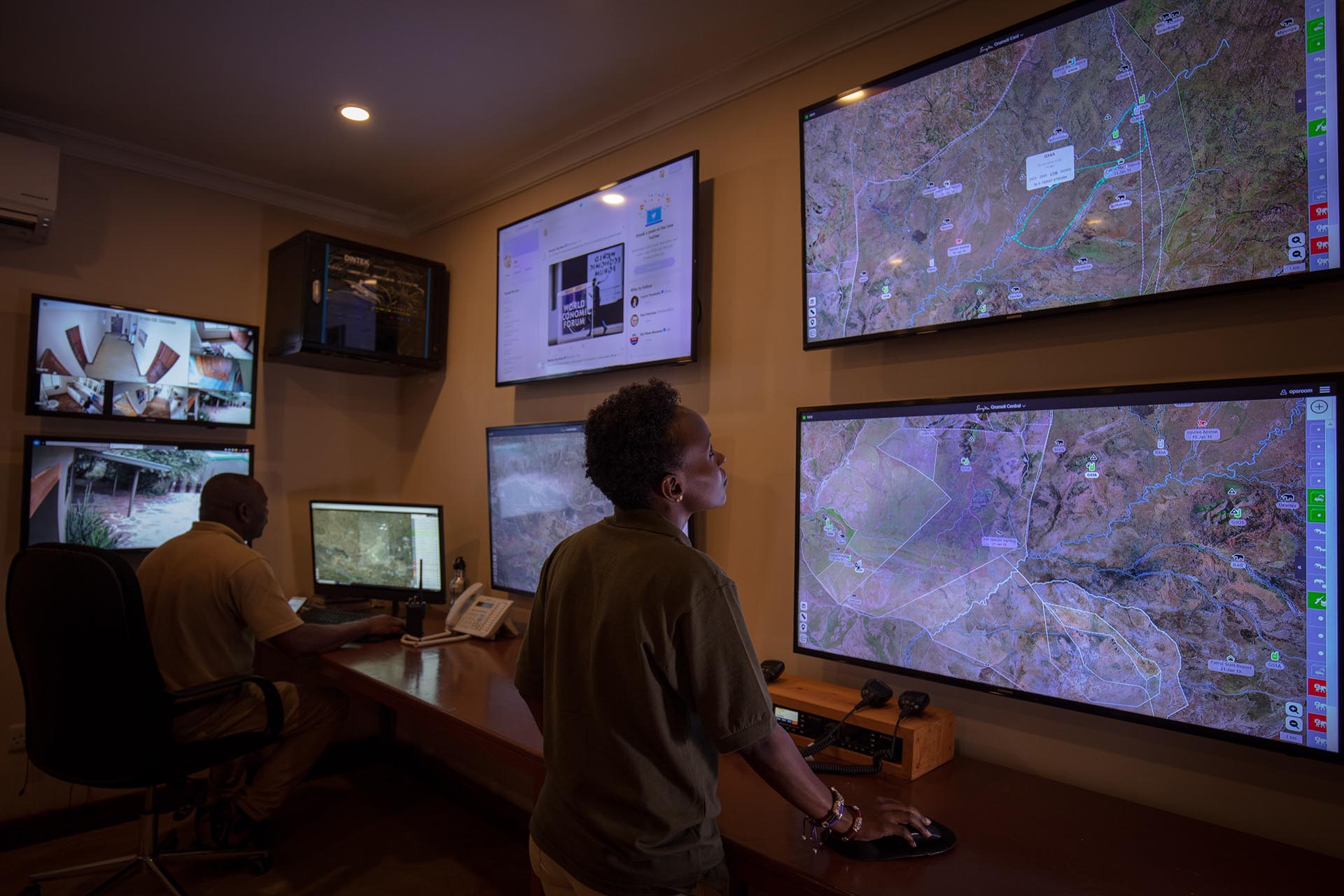 Grumeti Fund’s anti-poaching and law enforcement teams are tasked with the oversight of an expansive 350,000 acre area, which would be challenging to patrol without technology assistance. Monitoring rhinos in real-time is critical to protecting this species; especially as their numbers increase with the success of the re-introduction program.

“We are thrilled to help ensure the safety of Eric and the other translocated rhinos to the Serengeti,” said Bruce Jones, Partnership Manager for EarthRanger at Vulcan. “It’s with valued partners like Grumeti Fund, that EarthRanger can deliver on its vision to empower Protected Area Managers across Africa to support positive human-wildlife coexistence and reverse the trend in wildlife poaching.”

Using Vulcan’s EarthRanger, a data visualization and analysis software for protected area management, and a new chip from Smart Parks, a technology partner focused on developing sensors and hardware to protect wildlife, the team at Grumeti Fund can take immediate, proactive actions to prevent and mitigate wildlife incidents and threats. Currently, the rhinos of Grumeti are being monitored and tracked using telemetry and horn transmitters. The data is collected by the monitoring teams in the field and all rhino sightings are being tracked in EarthRanger through the operations center. Once Eric gains the skills necessary to survive in the wild, he’ll be implanted with a new state-of-the-art tracking chip. Through the new chip, data on Eric’s location will be automatically transmitted using satellites directly into EarthRanger, allowing the team to locate Eric and the other rhinos up to every half-hour, rather than hours or even days with the current transmitters. 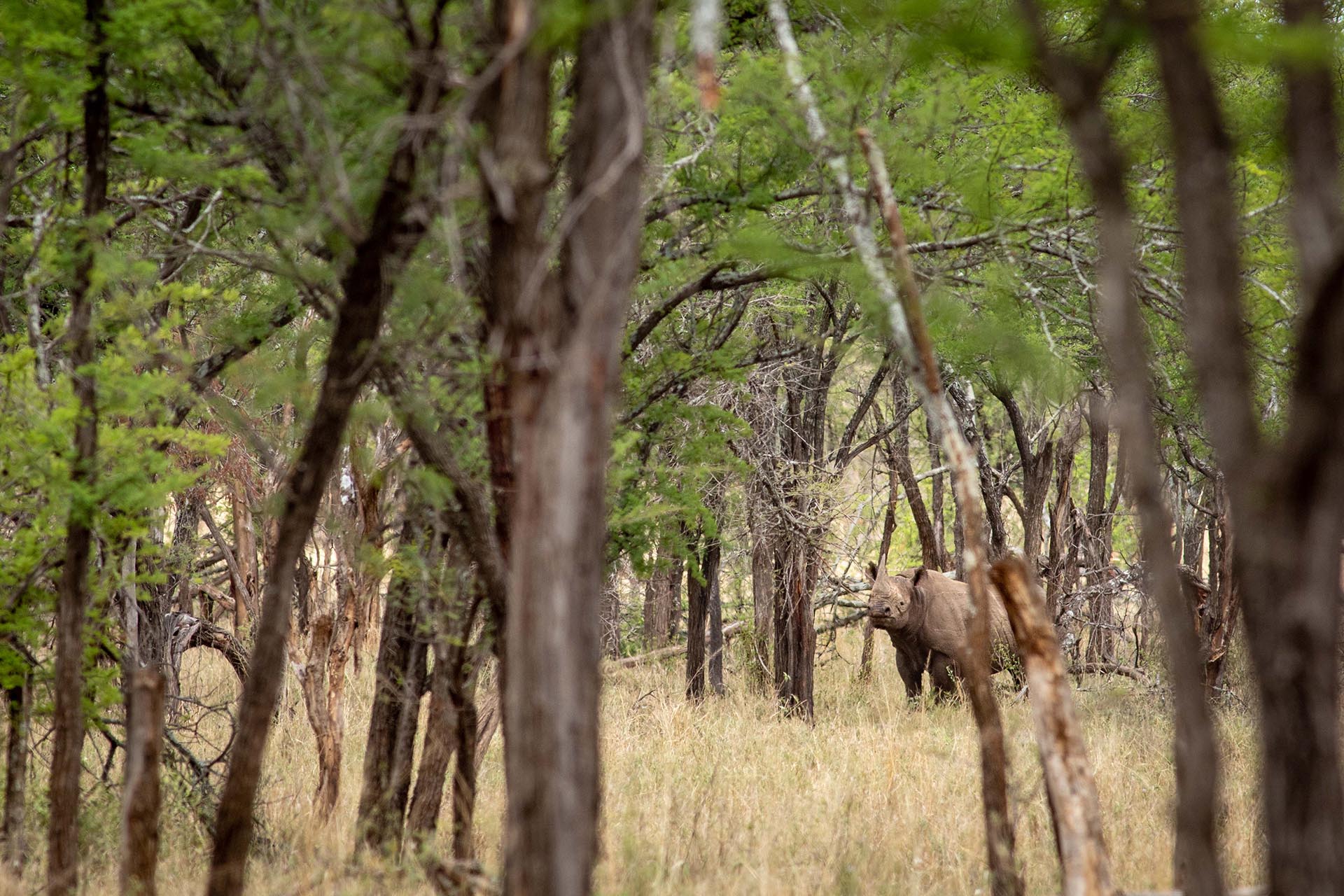 "We're very excited that we were able to create a horn implant that provides accurate location data to the EarthRanger dashboard in a highly secure and reliable way. Technology developments like these are a huge improvement of rhino conservation," explains Smart Parks Co-Founder Tim van Dam. 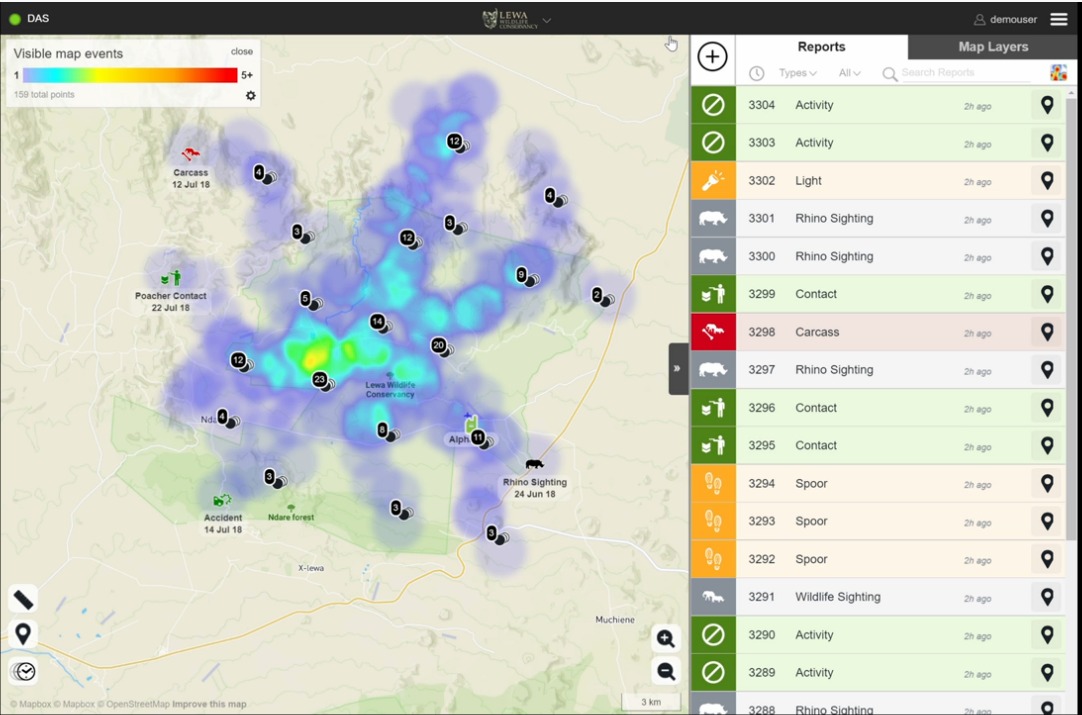 One year after Eric joined, Laikipia, who has been living at Grumeti for 12 years, Grumeti Fund relocated a new breeding nucleus of eastern black rhinos, previously living in an out-of-range situation in South Africa. All of these rhino are doing well and are free-ranging in the western Serengeti, being monitored on a daily basis.

As the Grumeti Fund works to continue repopulating and protecting the endangered eastern black rhino to the Serengeti ecosystem, they are also working to prevent human-wildlife conflict between the adjacent communities and the recently released rhino. One major effort is the construction of a wire fence between the newly released rhinos and the communities along the boundary. Proactive mitigation through timely and seamless recording of incidents using EarthRanger can enable protected area managers to reduce conflict and help communities coexist with wildlife. In the face of the COVID-19 outbreak, the team at Grumeti continues to work around the clock to ensure the rhino and all wildlife in the preserve are protected in the face of these uncertain times. EarthRanger becomes more valuable than ever as a way to visualize human and wildlife interactions across the park.

“The black rhino reestablishment project at Grumeti is a great example of a complex and cross-cutting collaboration between multiple partners and stakeholders,” explained Stephen Cunliffe, Executive Director of the Grumeti Fund. “The Grumeti Fund is proud and honored to have partnered with the Tanzanian government, various zoos and safari parks, as well as a whole host of conservation non-profits to develop and implement the exciting rhino reestablishment project at Grumeti, because – without the belief and support of partners like Vulcan with their cutting-edge technology – rhino monitoring and security would be considerably more challenging and difficult to accomplish.”

With the help of EarthRanger, the team at Grumeti can return Eric and other rhinos to their natural habitat but still monitor and protect them in real-time, rebuilding their presence in the ecosystem. From Eric's beginnings in San Diego to his future as a father (he and Laikipia have been sniffing around each other in the protected area) to the next generation of black rhinos in the Serengeti. Eric has been on a long and fascinating journey, and one that this unique partnership of zoos, conservation groups, and philanthropic organizations hope is a test case for future wildlife relocations to protected areas.

Human-Wildlife Coexistence and the Future of Wildlife

Human-Wildlife Coexistence and the Future of Wildlife