Over the past decade, access to vast troves of data has helped companies better understand their businesses, customers and opportunities. At the same time, a new industry has developed to build dashboards with the data that allow decision makers to pull out actionable insights. Start-ups such as Tableau and Splunk have sprouted and matured quickly as the business insights market exploded, leading big-name technology firms such as IBM, SAP and Microsoft to create their own solutions.

Now, the same technology and data integration is being focused on the wildlife conservation space, which is ripe for innovation. Many of the tools and approaches commonly used today in preserving and protecting wildlife are based on antiquated technology. That can limit the data and information sharing among those working in conservation.

New initiatives, platforms and projects are popping up to help close those gaps and bring greater access to cutting edge tools and data. Wildlabs, for example, connects conservation experts around the world and provides a resource hub to share insights and data collected from the field. This results in solutions to global problems that would otherwise be impossible to achieve alone.

Sea Around Us, a research initiative at The University of British Columbia, improves access to a wide range of data on global fisheries to help inform decisions around sustainable fishing practices. Over fishing has depleted ocean habitats and fish, threatening fish stocks and ocean health. 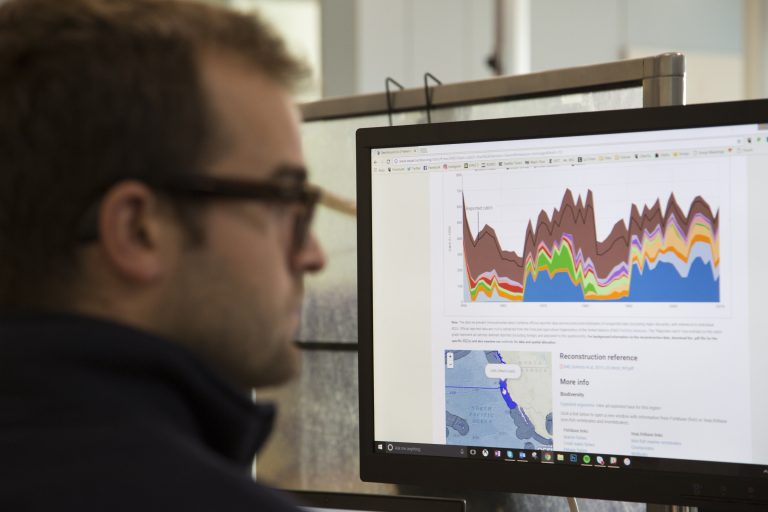 Examining data from Sea Around Us

When Kenya faced a food crisis, DataKind – a company that connects data scientists with nonprofits – stepped in and worked with data scientists to develop a method that scoured websites to develop better data on food pricing and consumption information, ultimately helping to address the crisis.

In much the same way, the Great Elephant Census (GEC), a two-year count of Africa’s savanna elephants between 2014-2016, served as a model for collaboration among conservationists and data experts around the world working to solve global issues. The census, an effort led by Paul Allen and other dedicated conservationists, revealed an alarming 30 percent decline in Africa’s savanna elephant population over the course of seven years, primarily due to poaching.

The “bulletproof” data from the GEC should provide policymakers and political leaders charged with protecting elephant populations scientific support for addressing the issues causing the declines, says James Deutsch, Director of Biodiversity Conservation for Allen.

“There’s no way any country, be it in Asia or be it in Africa, can deny that this is what’s happening on the ground,” says Deutsch.

In 2016, many delegates at the CITES (Convention on International Trade in Endangered Species of Wild Fauna and Flora) Conference of the Parties looked to the data revealed in the GEC to vote on measures to ban all domestic ivory markets.

That action is one of the strongest examples yet of where data played a key role in solving the world’s toughest issues.

For elephants, the time to act is now, says Dr. Mike Chase, principal investigator for the Great Elephant Census.

“One of the great lessons and concerns I learned from the Great Elephant Census was time,” says Chase. “That on our watch and in this day in age, elephants are becoming extinct and that we don’t have the time to waste any longer.”

There are many other key species that will benefit as innovations sweep through the conservation space and further understanding of wildlife and inform smarter policies and practices.