Caught on Camera: Why Wildlife Rangers Are Elated After Capturing First Photos of This Rhino

The first time I saw a rhino in Kenya’s Chyulu Hills was from the air, and I’m not sure it’s fair to even say that I saw one. We spotted the backside of a large grey animal disappear into a formidable, steep landscape of thorny acacia and razor-sharp lava. Circling again and again, it never reappeared. It felt like we’d seen a unicorn. In many ways, we had.

The Eastern black rhinoceros is critically endangered. In the last three generations, its population has shrunk by 90 percent with less than 800 remaining worldwide. Most of them are carefully managed on reserves and conservancy areas in an attempt to keep them safe from poachers seeking their horns. 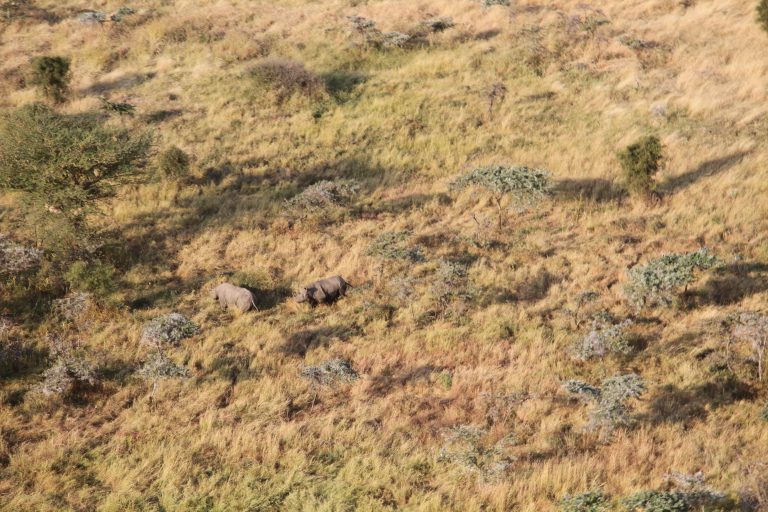 They were thought to be extinct in the Chyulu Hills National Park area until they were rediscovered in the 1990s by one of Big Life Foundation’s first rangers. He’d seen tracks, but it took five years to prove their existence on camera. A small population had been there all along, hiding deep, far east of the Amboseli ecosystem.

When a baby rhino was confirmed last fall, Big Life initially kept its lips sealed, to help give it a fighting chance. The local rhino population had grown from 7 to 8. That’s it. There are just eight of them left, each incredibly precious.

In partnership with Kenya Wildlife Service, Big Life has 51 rangers stationed in seven outposts, dedicated to protecting this incredibly small but important population of rhinos in our area. Throughout 2017, there were only 23 direct sightings of these elusive animals during foot patrols. They are otherwise carefully monitored remotely via camera traps, safely nestled in the dense and wild volcanic terrain that is the Chyulu Hills. 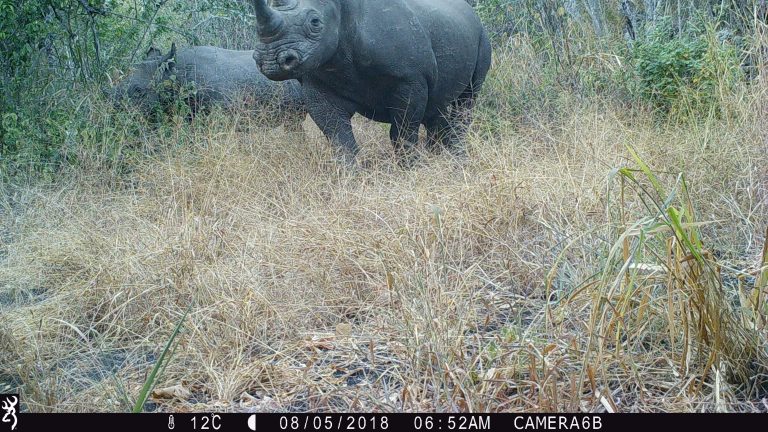 This enforcement is working and the rhinos are feeling safer. Just last month, a ranger on patrol found rhino imprints that seemed to belong to a mother and calf. As they followed, the tracks got fresher and the teams slowed to avoid eliciting an attack from the mother. And yet, there they were: calm as a rhino can be, out in the open as if the threats they been facing from poachers had finally subsided, at least in the moment. Calm enough that nearby lodge guests were able to see them and take a photo, marking the first time a Chyulu rhino had been photographed by tourists in decades.

And may it be the first of many such positive encounters. I hope to be so lucky the next time I visit. But today for World Rhino Day, there is hope that even the most critically endangered can survive and recover with the right support and protection. 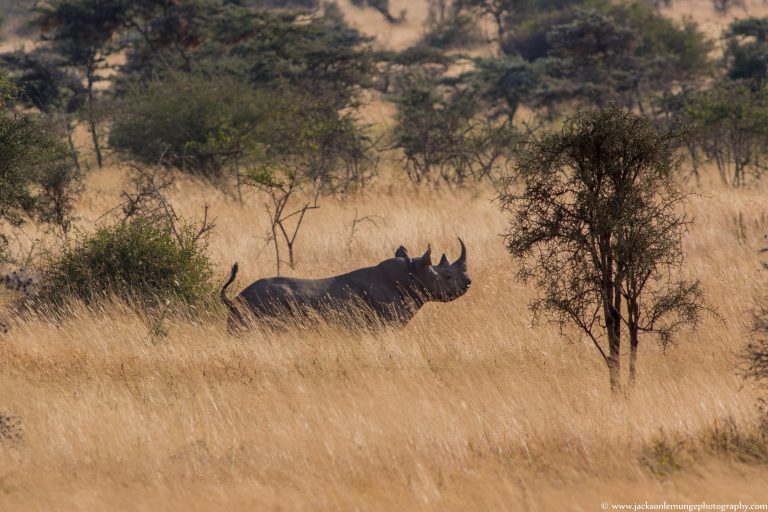