6am – Rangers start a cold day with hot, sweet tea. They live in remote outposts of between four and 12 people and team members form strong bonds with one another. Today, Big Life protects upwards of 2 million acres in the Amboseli-Tsavo-Kilimanjaro ecosystem that straddles Kenya and Tanzania. Featured in Vulcan Productions’ film The Ivory Game, Big Life employs hundreds of rangers in dozens of outposts across the region.

Their tools to tackle poaching include mobile ranger units, tracker dogs, aerial surveillance and a vast network of informants. 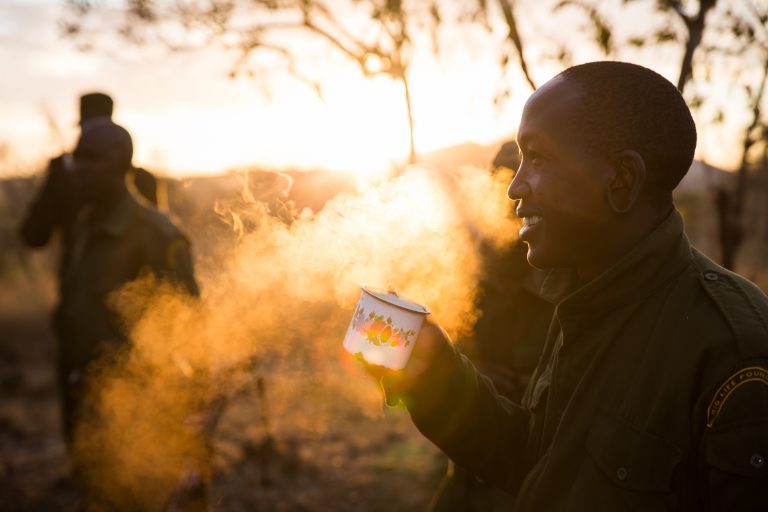 7am – Rangers on patrol encounter a herd of elephants and track them for a while to make sure that none are injured, and to determine which area they are heading towards for monitoring purposes. 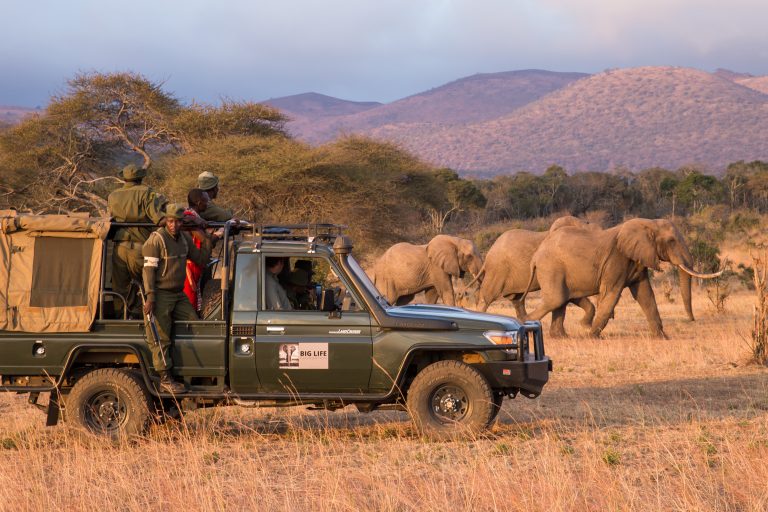 8am – Big Life rangers regularly drill and train to keep their skills honed. One of the largest employers in the Amboseli ecosystem, Big Life employs more than 350 local Maasai in conservation efforts. 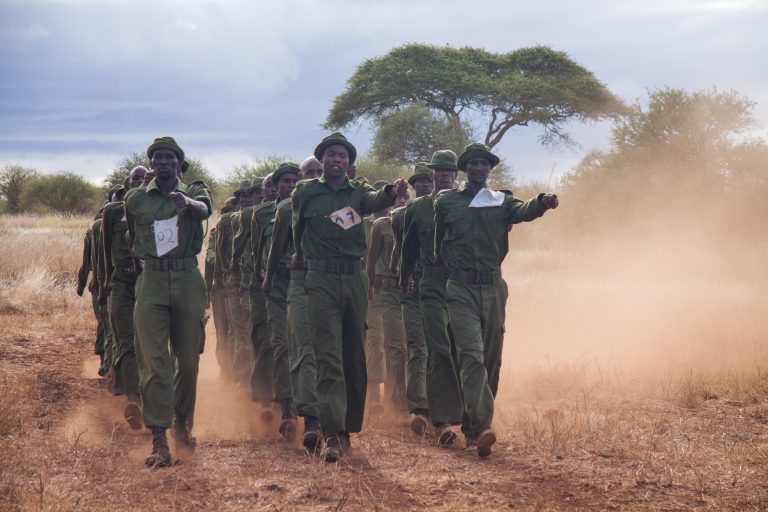 8.30am – As a lioness relaxes, rangers elsewhere are assessing the damage she may have caused during the night. In the past, local Maasai herders retaliated against lions for hunting their livestock, but thanks to the setting up of a compensation fund, the killing of lions and other predators has been reduced in recent years. There were fewer than 10 lions in the ecosystem prior to the fund; now there are more than 200.

This decrease in killing by humans has contributed to the growth of the lion population, a trend that is increasingly rare as the species’ numbers plummet across the continent. 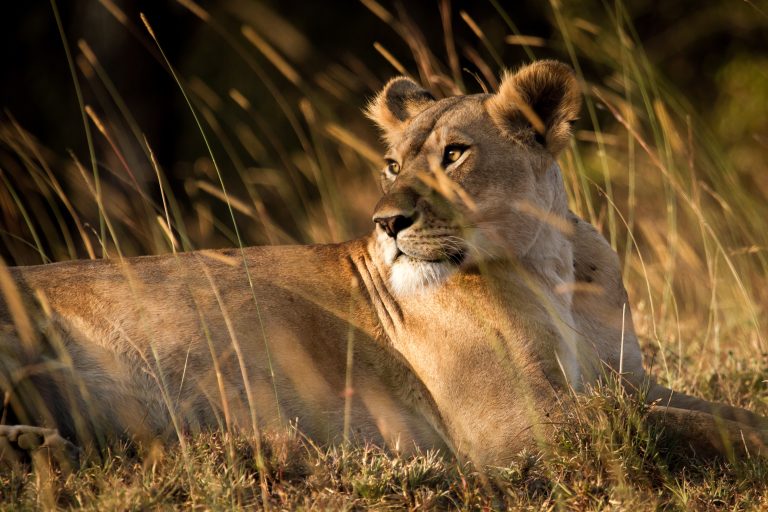 10am – In the rhino territory, a squad of rangers is on standby 24/7, but they rarely see the seven elusive animals they’re charged with protecting. Monitoring camera traps is not glamorous but it’s critical to the protection of eastern black rhinos in the Chyulu Hills, eastern Kenya. 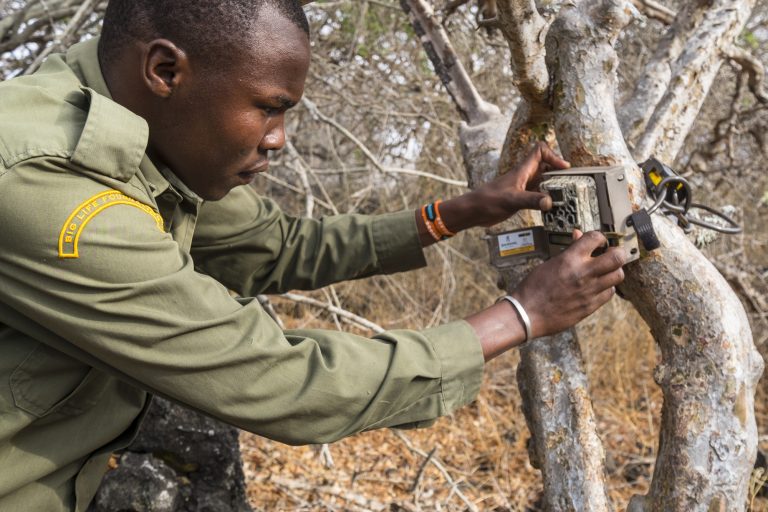 10.30am – Rangers use GPS to track animal movements and record other incident data. Along the way they actively look for poaching tools that can seriously maim or even kill animals. These illegal tools and traps, such as the snares pictured, are collected and destroyed. 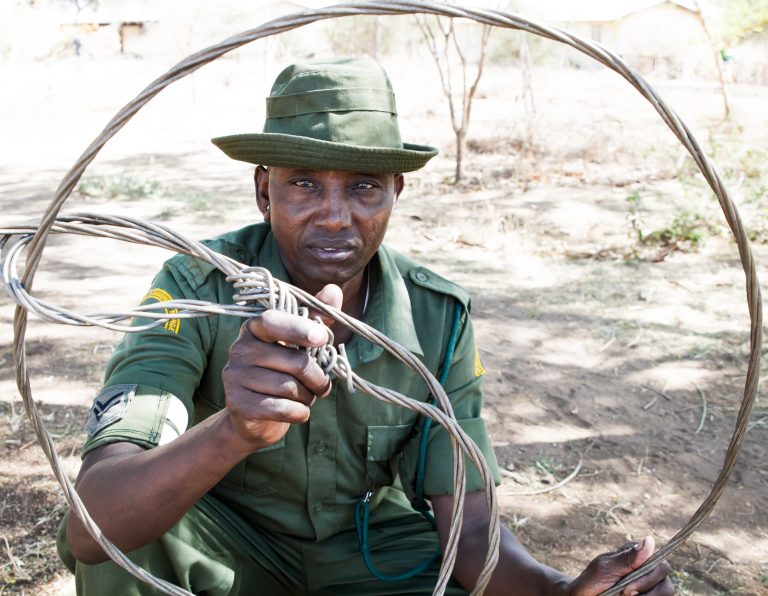 11am – Big Life rangers are supported by three full-time tracker dogs, which help sniff out evidence, weapons, and track criminals fleeing crime scenes. Enforcement of the law is important for deterring would-be poachers and tracker dogs Didi, Bonnie and Clyde all help put criminals in jail. They train and exercise with their handlers every day. 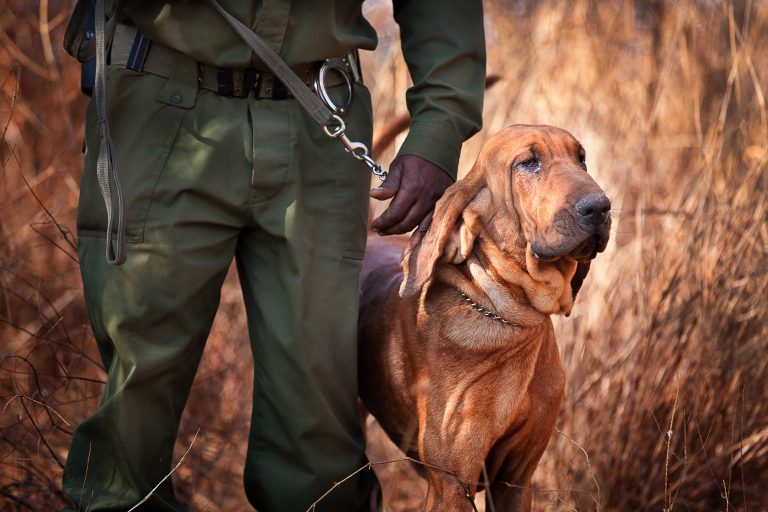 1pm – In the ecosystem patrolled by Big Life rangers, poaching is almost completely under control. But there’s a fast-growing problem that is far more complex: agriculture and human development.

Humans are increasingly coming into contact with wildlife and this can have disastrous consequences. For example, elephants caught crop-raiding are at risk of being speared by angry farmers.

Big Life has several full-time crop protection ranger units, but when necessary, they partner with Kenya Wildlife Service and the David Sheldrick Wildlife Trust to treat wounded elephants like this one. 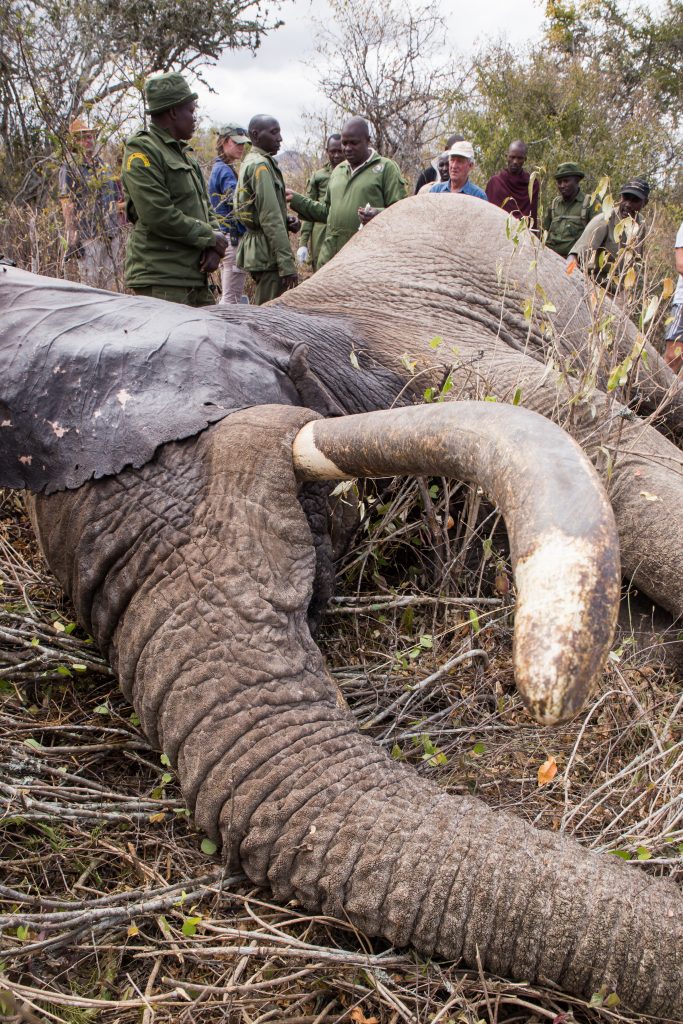 1.30pm – It is estimated that between 2007 and 2014 – the height of the most recent elephant decline – 96 elephants a day were being killed for their ivory. But in Big Life’s core area of operation in southern Kenya, only two have been lost to poachers in the past three years.

Today, human-wildlife conflict is quickly becoming a more ominous threat. Fencing and specialized ranger units are critical to controlling increasing conflicts, and keeping large tuskers like this one safe. 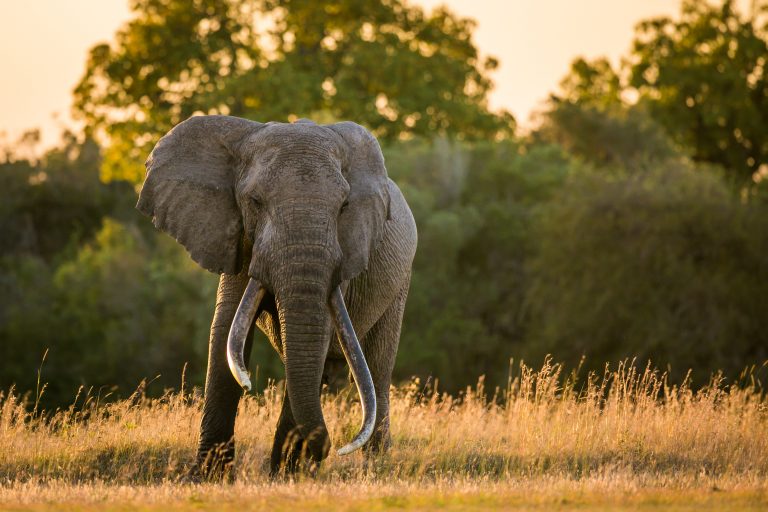 Here, a radio operator monitors active ranger patrols, which are tracked in real-time through a digital radio system. In the event of an emergency, the radio operator acts as a conductor, guiding the most efficient response possible. 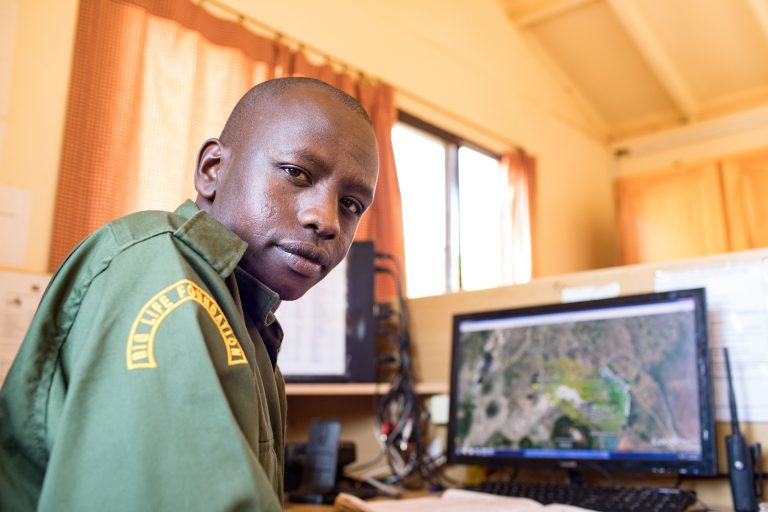 It had been stranded for several days and it took rangers a few hours to pull it to safety. The baby elephant was treated for minor injuries and handed over to the the David Sheldrick Wildlife Trust to be cared for. 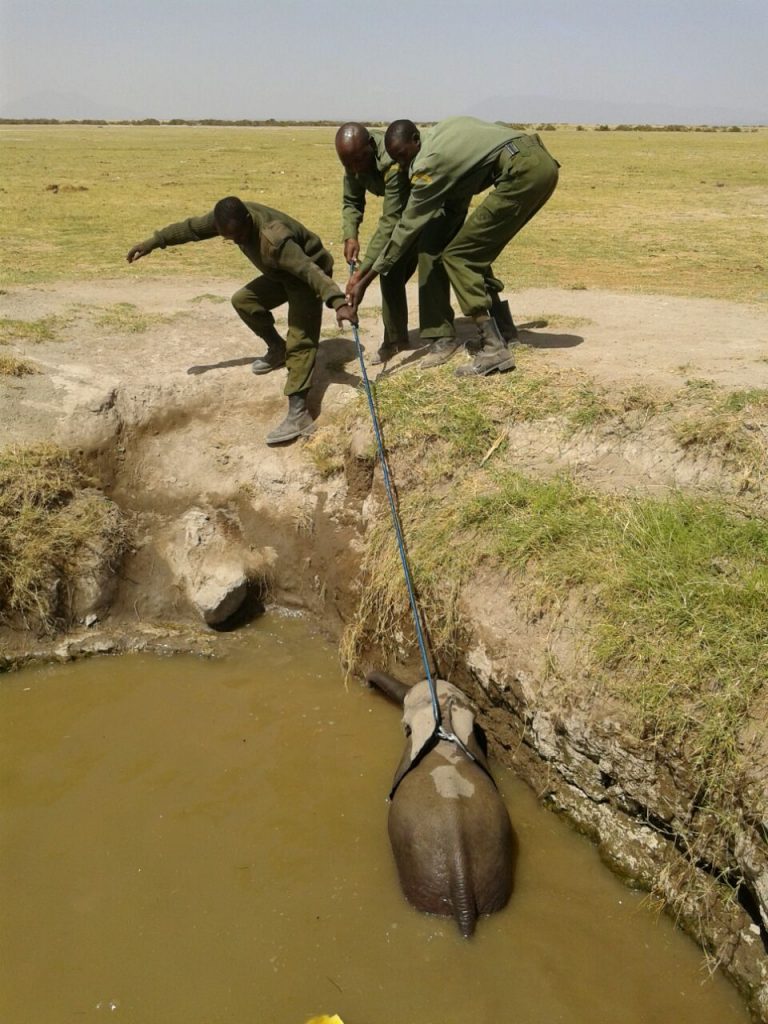 4pm – At the end of their three weeks working full-time, Big Life rangers return to their families.

The foundation supports the community by providing employment opportunities that help protect the entire ecosystem. This is the core of their ethos: if conservation supports people, then people will support conservation. 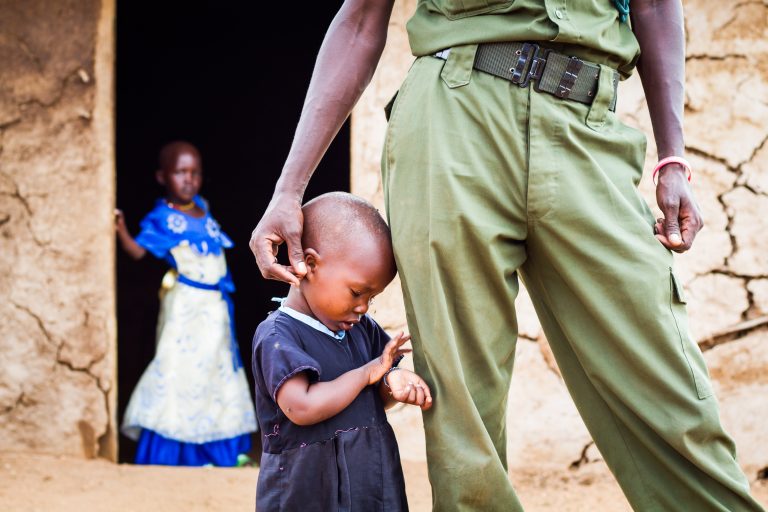 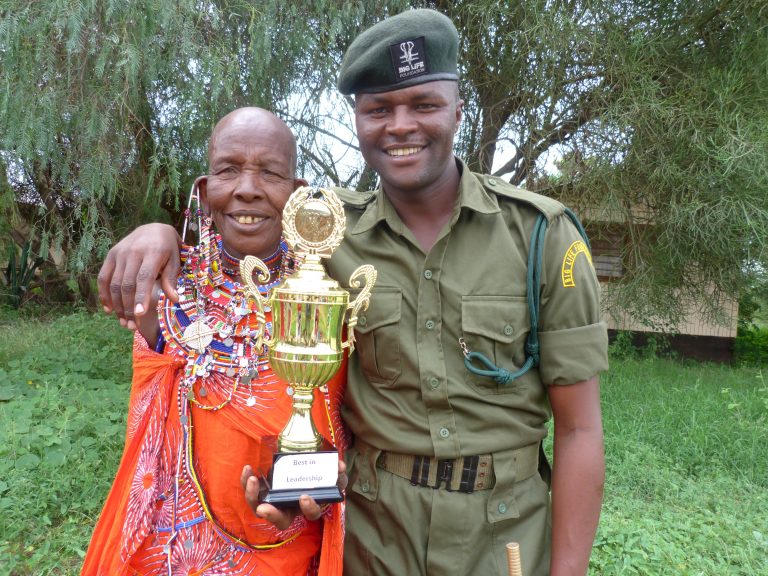 5.30pm – Big Life rangers operate in units that each have their own specialism. The rapid deployment unit is comprised of Big Life’s best trained, elite rangers, and is always on standby and ready to react to poaching incidents. 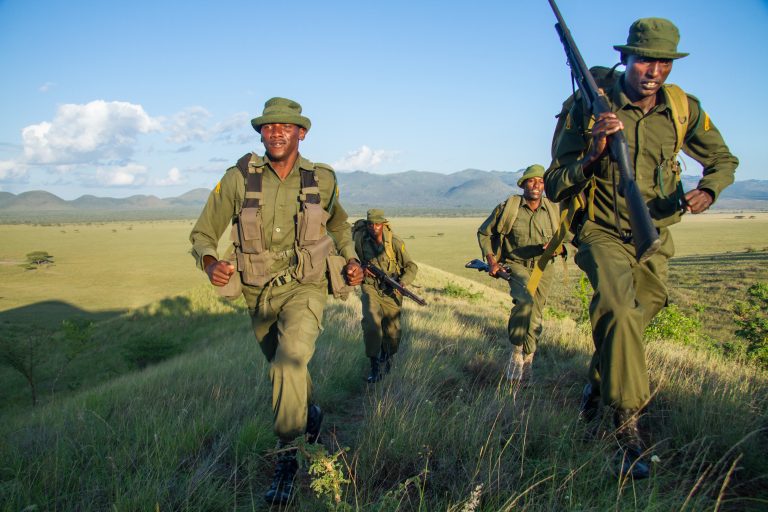 6.40pm – Protecting wildlife isn’t just a ground operation. Big Life operates two planes, and rangers sometimes ride in them to conduct aerial surveillance and tracking. The planes are also used to provide an eye in the sky and support ranger teams responding to incidents in areas of thick bush where visibility is poor. 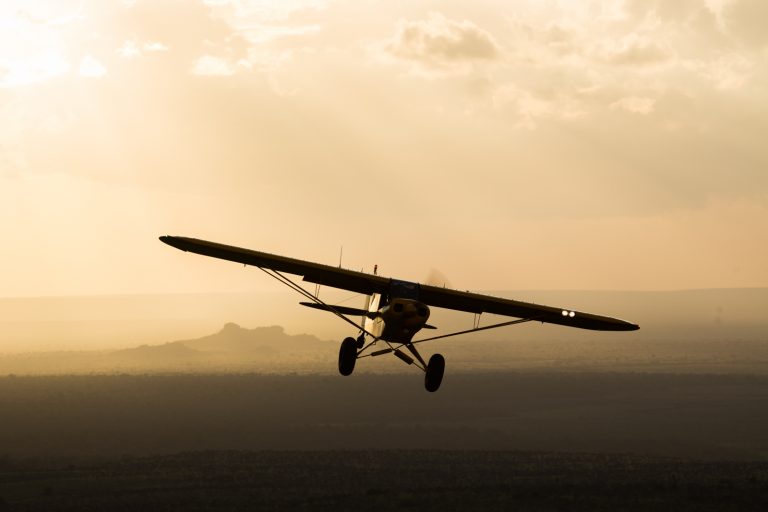 11pm – No rest for the weary. Rangers are on call around the clock to protect wildlife and wild lands. The rangers pictured are helping to chase away a herd of elephants enjoying a snack in the middle of a farm. In the morning, the rangers will get up and patrol again, stopping poachers and mitigating conflict. Big Life has dramatically reduced poaching in the area. Their ranger teams have facilitated over 2,000 arrests, including some of the most prolific and long-term poachers in the region. Their success sends a strong message that killing wildlife carries swift and serious punishment. 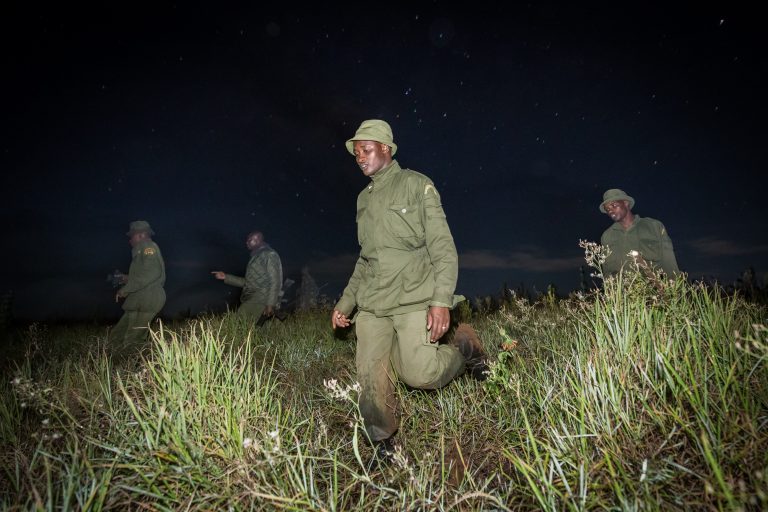 Shining a Light on the Modern Day Pirates Pillaging our Seas

Shining a Light on the Modern Day Pirates Pillaging our Seas