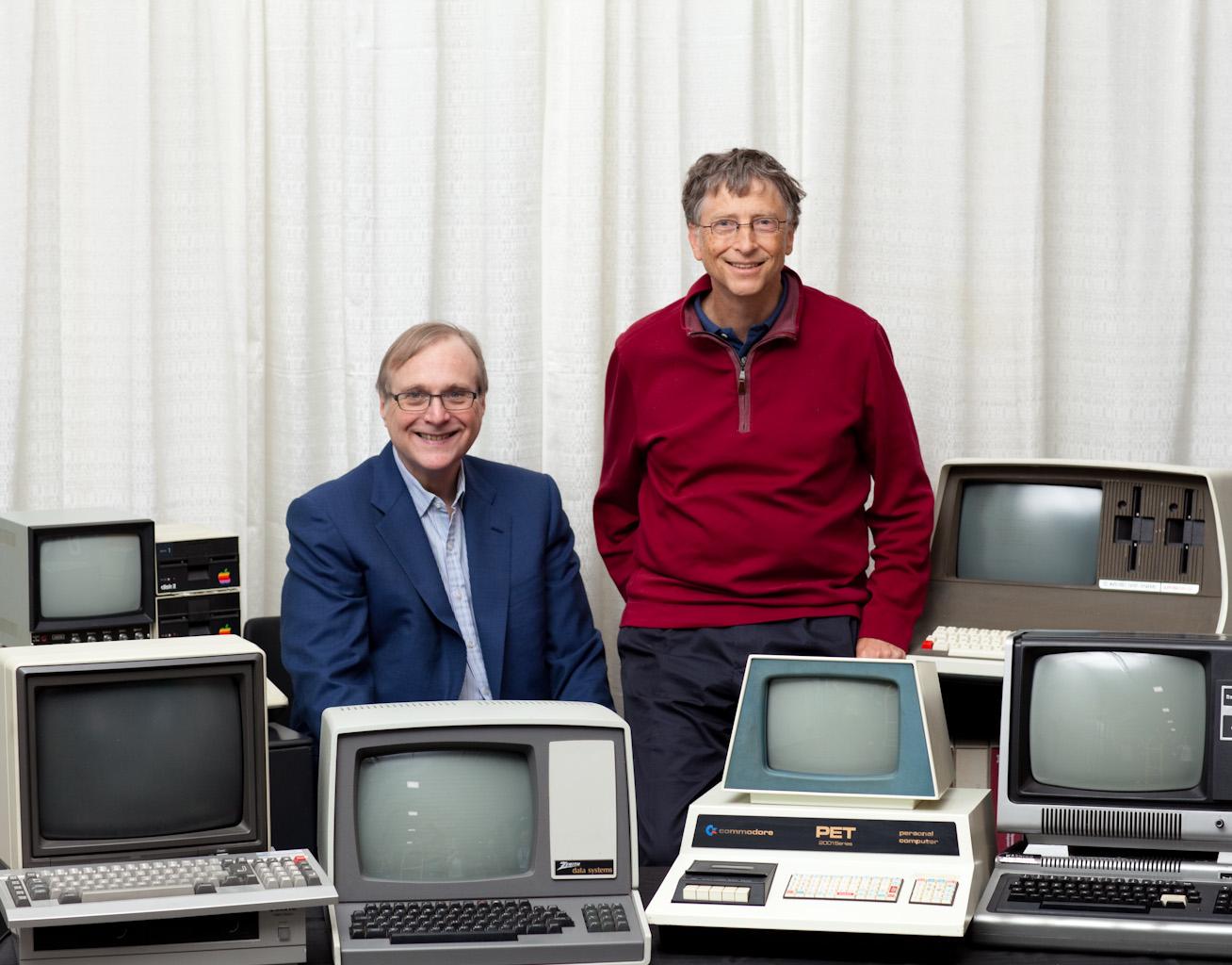 In the far corner of Paul Allen’s Living Computer Museum in Seattle hangs a blown up photo of the tech billionaire with his Microsoft co-founder Bill Gates when the two were still boy wonders, at 26 and 28 respectively, in 1981.

In the black and white photo, baby-faced Gates and bearded Allen pose with the technology of the time: early desktop computers. That was the year the duo launched Microsoft's operating system, MS-DOS, at the time running on IBM personal computers.