One look at the Stratolaunch aircraft and you’ll realize it’s anything but ordinary. While the plane’s design and sheer size have captured all the headlines, here’s a look at a few numbers that are just as impressive. 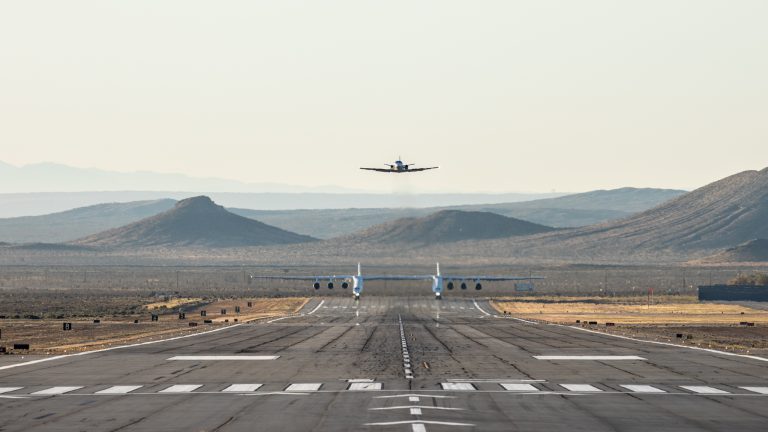 Designed with a carbon fiber reinforced center wing able to support multiple launch vehicles, the Stratolaunch aircraft comes in at 500,000 pounds or 250 tons. At take off the plane has a maximum load capacity of 1.3 million pounds or 650 tons. For perspective — and let’s be honest for a bit of fun — this means that Stratolaunch could carry almost 93 fully grown African elephants to cruising altitude. 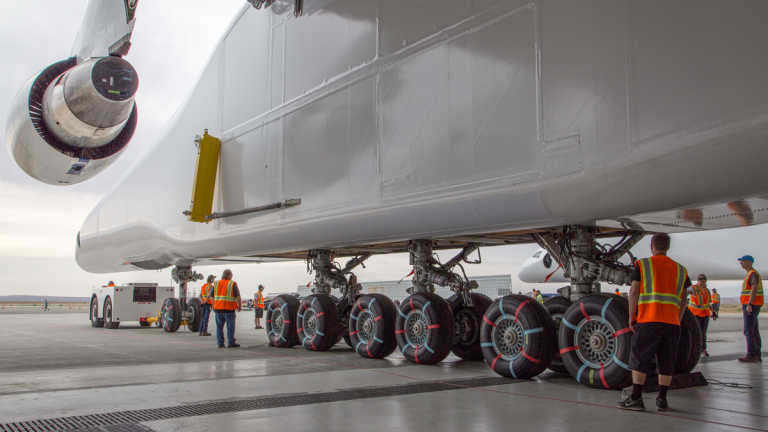 In order to support a maximum payload of 1.3 million pounds at take off, Stratolaunch is equipped with 28 wheels to evenly distribute the weight. By comparison, a typical commercial airplane, Airbus’ A320 and Boeing’s 737, both have six wheels. The “Queen of the Skies,” Boeing’s 747, has 18 wheels. 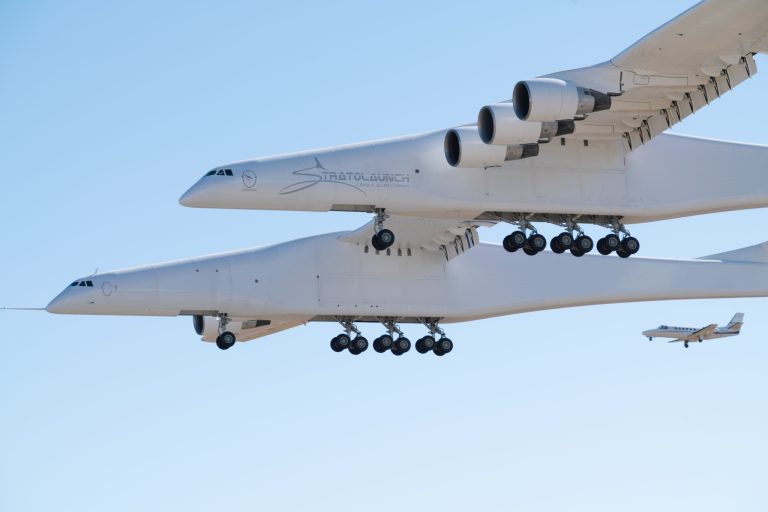 At 385 feet, Stratolaunch is the world’s largest plane by wingspan. Place it on the field at CenturyLink Field and the wings hang over the end zones. Put it next to the Millennium Falcon and it’s double the size. Stratolaunch’s wingspan is so big, the Wright Brothers’ would’ve needed three first flights and then some to reach the tip of the wing. If that doesn’t impress you, this most certainly will. While it could travel at faster-than-light speed, if the Starship Enterprise was built according to its TV dimensions, it’s only a few dozen feet wider than Stratolaunch. 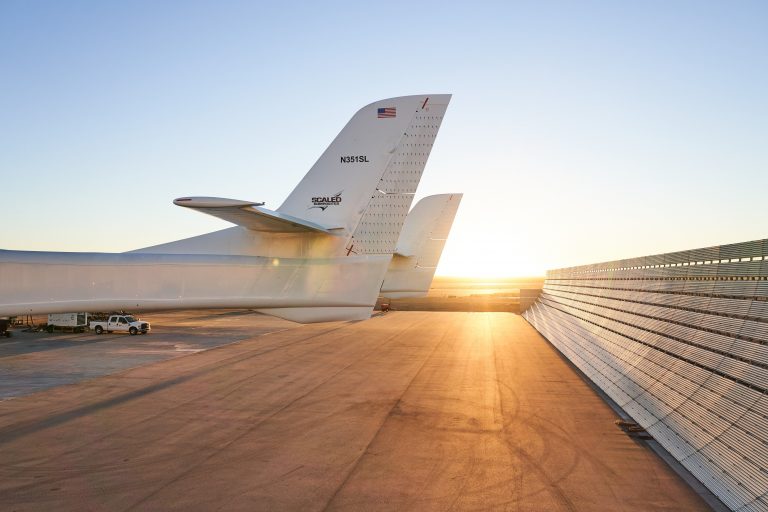 Stratolaunch stands 50 feet from the ground to the top of its vertical tail. At just over four stories tall, stand a humpback whale beside it and it would have trouble seeing over the top of the plane. 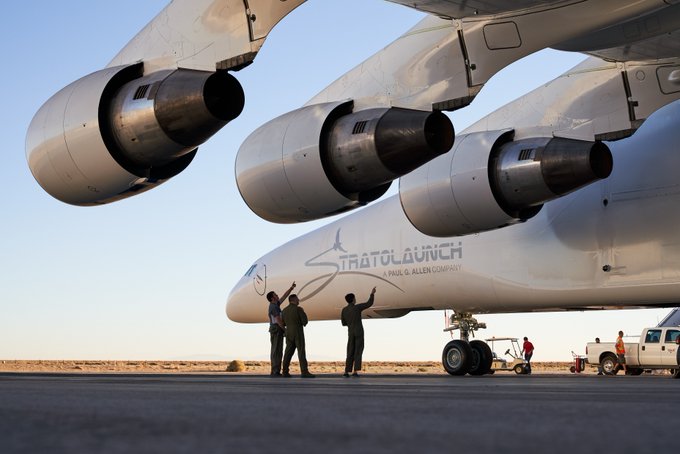 To get 1.3 million pounds off the ground takes some serious power. Thanks to its six 747 engines, Stratolaunch has plenty and then some. The aircraft is designed to travel more than 1,000 nautical miles reaching altitudes up to 35,000 feet. 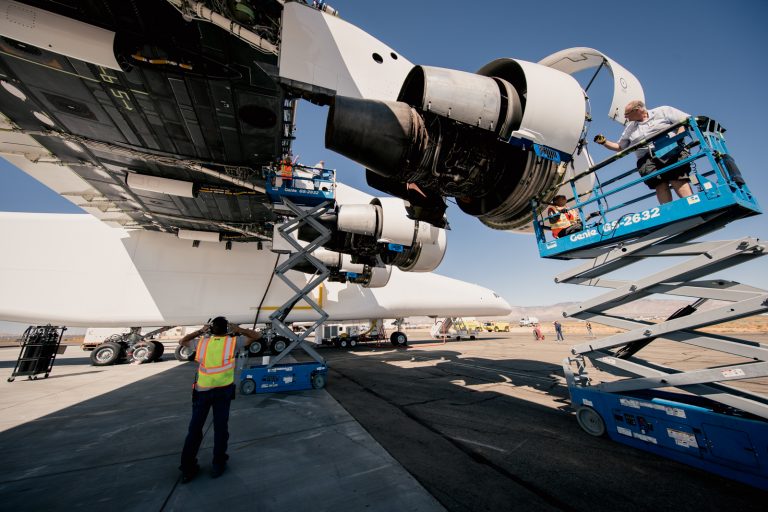 The closest big city to Stratolaunch’s home in Mojave Air & Space Port is Los Angeles. If you wanted to, you could string out all of the wiring inside of the aircraft, make it to L.A. and still have a few remaining miles. With 100 miles worth of wiring and nearly a mile worth of control cables, Stratolaunch is hooked up. 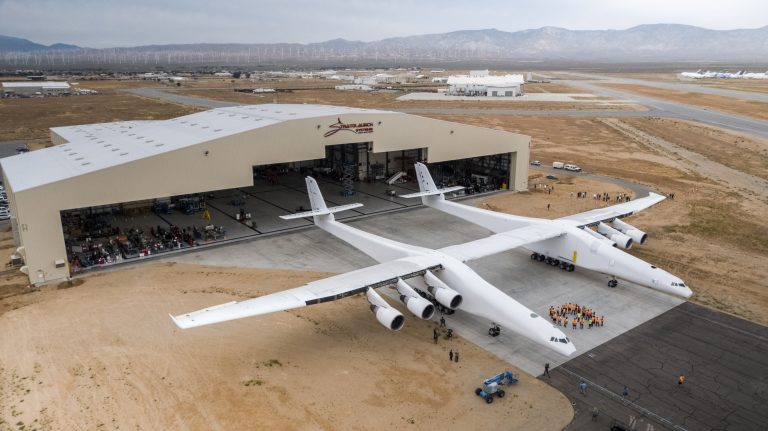 Building the Stratolaunch aircraft was no easy task — even the hangar is remarkable. At 103,256 square feet, Stratolaunch’s hangar is so big that the country had to issue special construction permits just for the plane’s scaffolding. If that’s not enough, the building also boasts the world’s widest garage door, which was a source of pride for Stratolaunch’s founder, Paul Allen.