A joint US and Australian expedition to survey Australia’s first submarine HMAS AE1 has provided detailed new images of the 103-year old shipwreck, which lies on the seafloor off the Duke of York Islands in Papua New Guinea.

The Royal Australian Navy’s (RAN) HMAS AE1 was lost at sea with all hands on September 14, 1914, and its fate had remained a mystery until its discovery in December 2017. It was the first loss for the RAN and the first Allied submarine loss in World War I but ultimately a tragedy felt by all Australians.

“The AE1 has a special place in Australian maritime history and I’m proud of our partnership with the Australian National Maritime Museum and others that brought an end to the mystery of the AE1’s final resting place,” said Allen. “For all of us associated with Petrel, we view this work as a means to honor the courage and sacrifice of crew of the AE1.”

The data collected during this first ROV examination of AE1 will be used by the Australian National Maritime Museum to develop a shipwreck management plan in cooperation with the Papua New Guinea Government and the National Museum and Art Gallery.

“We are very grateful to Allen, Vulcan Inc., and the crew of RV Petrel for making this survey possible. These incredible images and the new information they provide will help the museum tell the story of AE1 and its brave crew and ensure their service and sacrifice are remembered by future generations,” said Australian National Maritime Museum Director and CEO Kevin Sumption PSM.

The still images of the shipwreck site will also be developed into a detailed 3D digital model using techniques developed by Curtin University and the Western Australian Museum. This will allow researchers to further examine AE1 and refine understanding of what happened to it 103 years ago. 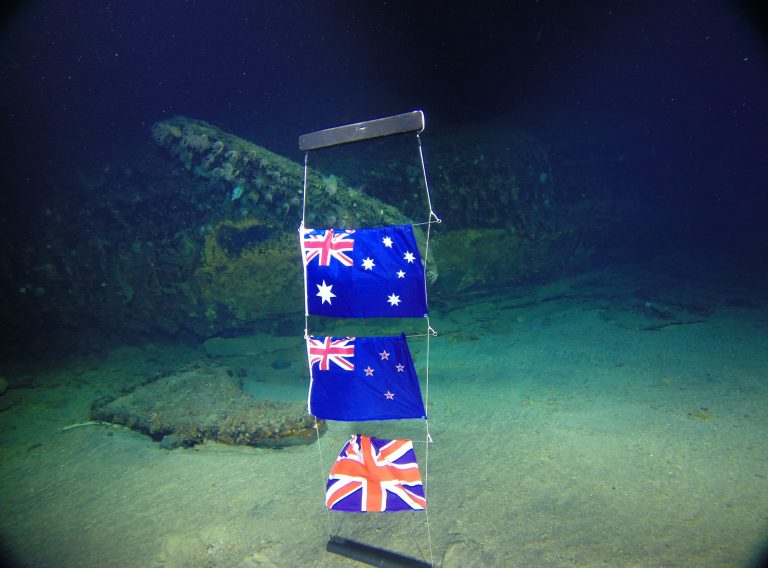 This recent successful expedition was in coordination with Find AE1 Ltd. in partnership with the Australian National Maritime Museum, the Royal Australian Navy, Curtin University, the Western Australian Museum and the Submarine Institute of Australia.