Imagine a coral reef, bone white as far as the eye can see, lacking in fish and other marine life. Now imagine spending three years diving around the world, seeing virtually nothing but reefs like this. You start to think to yourself, where do we find hope for coral reefs?

Imagine after those years of witnessing such devastation and death, you visit another coral reef. This reef is a rainbow underwater. Tangerine clownfish hide out in lavender anemones, large schools of small, fire-colored anthias fish swim over purple octopuses, bright blue ribbon eels and black-and-white spotted eagle rays. This thriving reef shows you that the ocean is still alive.

Last month, along with the expedition team in the Coral Triangle, I was able to dive one of these reefs — a reef that gave new hope. 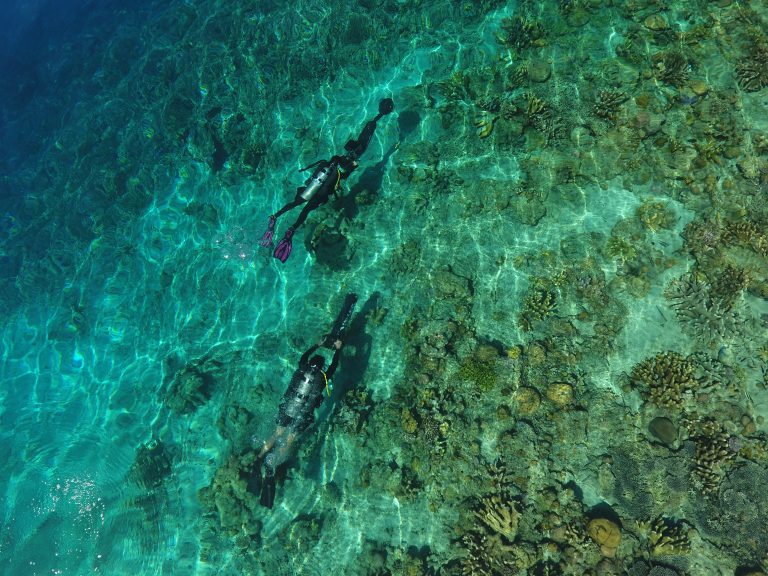 I first visited Manado, Indonesia in 2014, with a team of scientists from the Global Change Institute, University of Queensland, during the XL Catlin Seaview Survey. Because of their location in the Coral Triangle, an area known for healthy reefs, these were some of the most important reefs to survey. We didn’t realize their importance at the time, but the reefs in Manado were healthy, full of life and color — it soon became apparent this would soon be a rare sight as most other reefs around the globe were on the brink of the worst die-off ever recorded.

The 3rd Global Coral Bleaching event came and went, leaving a trail of death in its path. The Great Barrier Reef alone lost 50 percent of its corals, and that’s just one example.

At the end of the bleaching event, we knew that we had to revisit the reefs in the Coral Triangle we’d surveyed in 2014 and make a clear assessment of how — if at all — they had been impacted.

With the same team of scientists from the University of Queensland and the generous support of Paul G. Allen Philanthropies, the Coral Triangle Resurvey came to fruition in June 2018. 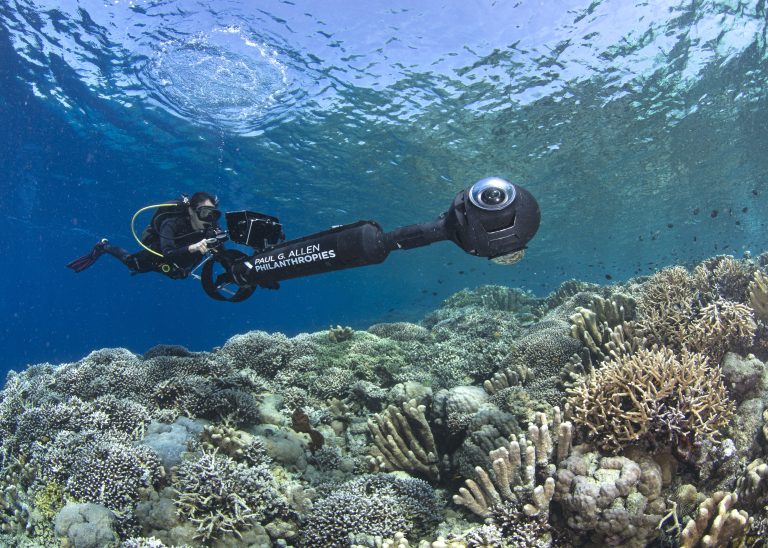 A scientist conducts a reef survey

When I jumped in the water on the first day in Manado, it was a bit overwhelming. I’d suspected some of the reefs of the Coral Triangle had fared better than the majority of reefs elsewhere, but I had no idea that I’d see reefs in such pristine conditions and such activity on the reef. It was an incredible feeling to go back with many of the same scientists who I saw the reefs with in 2014, revealing that these reefs were still just as healthy and full of life as before. 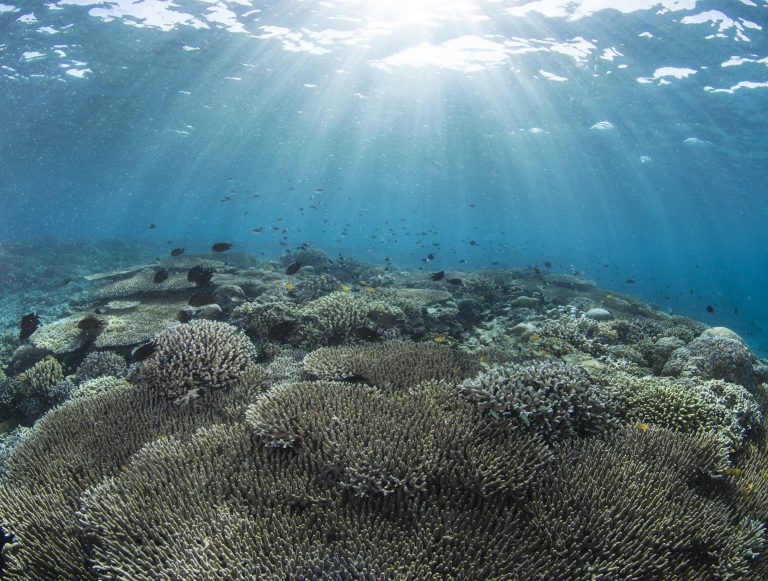 The fact that these reefs were virtually unimpacted will mean many things to science, and although the research and findings from the expedition have yet to be published, one thing is for certain: that if we focus on bolstering conservation efforts in key areas, and drive conservation through science and effective targeted action, we still have an opportunity to save coral reefs.

Fortunately, it is not too late for coral reefs. Like the reefs we saw in Manado, there are many areas less vulnerable to climate change that can still be saved — these locations will be critical to the recovery of reefs worldwide. But one thing is for sure, we need to work together and we need to act quickly.