Vulcan Inc. is a unique organization that unites commercial, philanthropic, research, policy and technology innovation. Our goals are ambitious — from saving Africa’s elephants, to unlocking the secrets of the human brain, to building sustainable communities and opening up access to space.

At Vulcan we galvanize and enable smart people to tackle such challenges head-on.To accelerate our progress and maximize our impact, I have named Bill Hilf as Vulcan’s new CEO. Bill will join Vulcan December 1, reporting directly to me. I will remain Chairman and Founder, and look forward to working with Bill in setting Vulcan’s vision and strategy and tackling our slate of challenging initiatives. 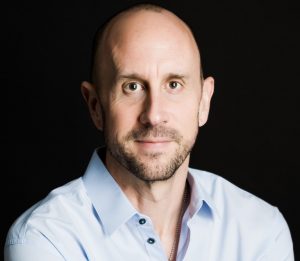 Bill is an outstanding technologist and experienced executive whose talents will complement and add to those of our current leadership team. Most recently, Bill served as Senior Vice President and General Manager of Hewlett-Packard Enterprise’s Cloud business unit. Prior to joining Hewlett-Packard, Bill was the General Manager of Product Management for Microsoft Azure, and previously led Microsoft’s Technical Computing Group. In that role, he helped develop solutions for a wide range of scientific and engineering challenges, including High Performance Computer Server systems, parallel languages and runtimes, and mathematical modeling tools. Earlier in his career, Bill worked at IBM as a senior architect in Linux and Open Source, and honed his skills at a range of software start-ups.

I appreciate Bill’s tech savvy – the capacity to think both logically and creatively, and to zero in on critical details without losing sight of the big picture. I believe in the power of shared data and technology to help build a better future. Bill’s extensive open source, business and technology experience will help further Vulcan’s progress. His tech and management credentials are not the only reason he is such a good fit to serve as Vulcan’s CEO; he also strongly believes in making the world a better place.

During his years at Microsoft, Bill served as the company’s executive sponsor to the United Nations Refugee Agency, was the divisional leader for the Microsoft “Give” campaigns, and launched a charity that helps street children in the Philippines build self-esteem, confidence and leadership skills through sports.

President and Chief Operating Officer, Barbara Bennett, and the entire executive committee have built an excellent foundation for expanding Vulcan’s scope. Bill will partner with me, Barb and the team to continue evolving our organization to pursue the extraordinary opportunities and challenges that lie ahead.

I’m proud of the impact we’ve had so far and look forward to even more impactful projects in the future. We’re excited to have Bill join our team.