In the United States, Memorial Day is on the horizon. It is an important opportunity for Americans to pause and honor those who served. This summer is particularly special for remembering history, as June 6 marks the 75th anniversary of the D-Day invasion on the beaches of Normandy, where the allied forces began the liberation of Nazi occupied Europe and changed the course of World War II. 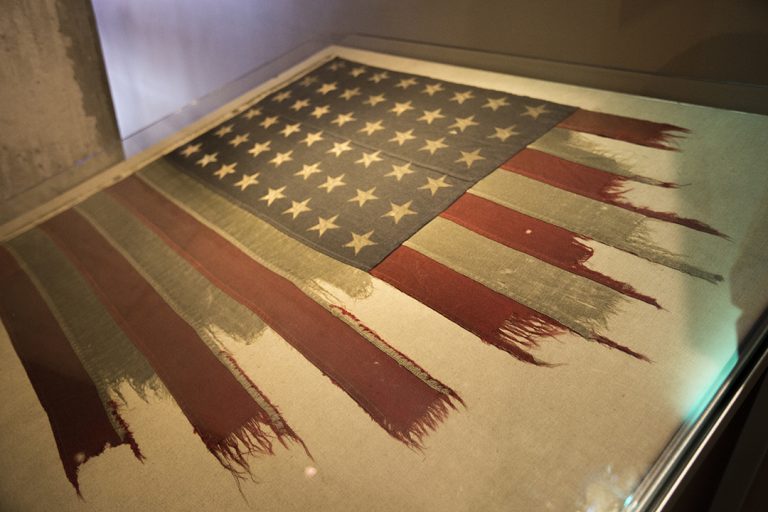 The tattered remains of an American flag that once flew over the beaches of Normandy during the D-Day invasion.

In order to promote and grow Paul Allen’s passion for preserving and sharing history, from May to July we will be sharing articles on this website and on Vulcan’s social channels that celebrate veterans. We’ll be sharing the stories of our past and the contributions of our veterans, encouraging you to seek out spaces where you and your family can engage with the past in the present.

Take a moment this summer to watch the new WWII documentary, The Cold Blue, which brings to the big screen the remarkable story of the Eighth Air Force, who flew the dangerous air raids over Europe in the summer of 1943. Constructed out of the 16mm footage captured by Hollywood director William Wyler during the war, The Cold Blue is more than just a “war documentary”, it’s a meditation on youth and trauma through the eyes of the young men who flew some of the most dangerous missions of the war. The haunting clip below will sear itself into your mind; a poem read by a veteran set to actual footage from the war. The film airs on HBO on June 6.

The annual TankFest Northwest rumbled into Everett, Washington’s Paine Field on May 25, and is the destination for history enthusiasts. TankFest brings to life the finest collection of working vintage tanks and military vehicles in the world, and is a testament to the era’s engineering skill and humanity’s spirit during the world conflicts of the 20th century. Check out images of the tanks of tank fest here. 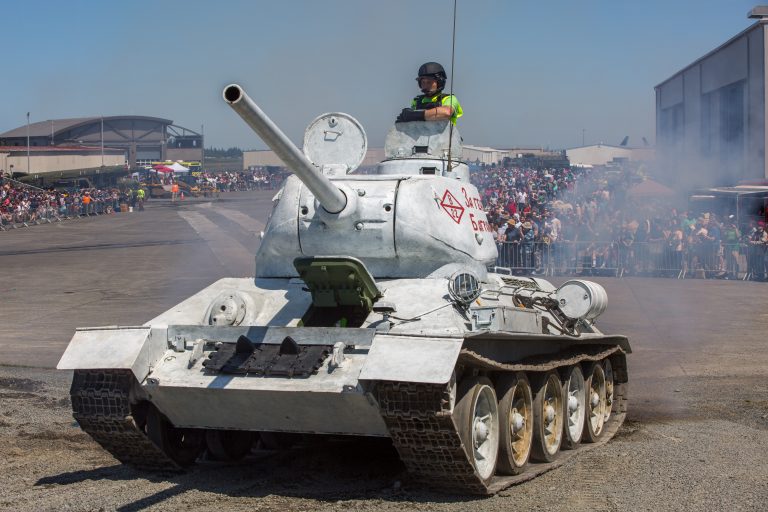 Paul Allen’s research vessel continues expeditions in the Pacific this summer, searching for more lost ships in an effort to bring their stories back to life and honor those who were lost at sea. Stay tuned for updates from Petrel, and dive into R/V Petrel’s discoveries, from the USS Indianapolis to the ships of the Iron Bottom Sound, on R/V Petrel’s website.

In time for the 75th Anniversary of D-Day, The Cold Blue premieres on HBO, giving even more viewers an opportunity to be pulled back in time to see the war through the eyes of those who lived it. D-Day is a complicated moment in military history, one of incredible bravery and staggering loss. It is hard to describe the emotion that one feels while standing in front of the tattered remains of an actual flag that flew on the beaches of Normandy during D-Day, which you can do at FHCAM. It gives one pause to think about where we came from, and where we are going. In addition visitors can marvel at a dynamic collection of aircraft and combat armor, and FHCAM features interactive exhibits such as “Why War: The Causes of Human Conflict”, an interactive examination of the human side of global conflict, exploring the roots, motivations, technology, key figures and the outcomes of military confrontations in the context of our broader human history.

We hope you’ll take some time to attend events honoring our veterans on Memorial Day weekend, but also make this a true “Summer of Honor” by seeking out experiences, events , films, and stories that help us understand our past and inform our future. It is through exploration, education, and storytelling that we can help preserve history and honor those who served.