This American flag tells its own amazing story.

As the sun rose on June 6, 1944, among the first vessels into combat on D-Day–considered by many to be a turning point in the war against Nazi Germany– was Landing Craft, Tank (LCT) 595.

Sent on a mission to deliver American Army swimming tanks to locations off Utah Beach, these LCTs were critical if the Allies had any chance of breaking through the Nazi strongholds. 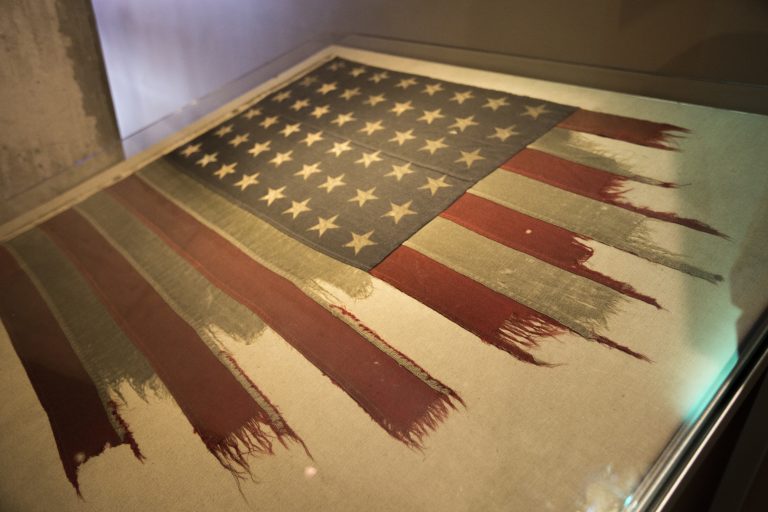 As they approached, Army Air Forces bombers hit the shoreline, blasting smoke and debris into the air.

Nearing their appointed location to launch the tanks, a Landing Craft Control vessel signaled for the LCTs to move in closer to the beach. A craft alongside 595, LCT number 593, exploded after hitting a German mine.

“I can still see a tank turning end-over-end what seemed to me at least 100 feet in the air,” a witness later wrote.

As the surviving LCTs moved forward, German machine gun fire intensified and Allied naval ships began to fire thundering salvos in return. The remaining LCTs delivered their tanks about 900 yards from the shoreline under heavy gunfire. On Utah Beach, 27 of the 32 tanks of the 70th Tank Battalion were able to land some 2,000 yards from their planned attack point.

After the attack, LCT-595’s captain told US Navy Boatswain George Edward Rudisill to remove the tattered flag and fly a new full one. Rudisill asked to keep the battle-worn remains of the original D-Day flag. He preserved keepsake in a shoebox, along with the only known photograph of the LCT-595. 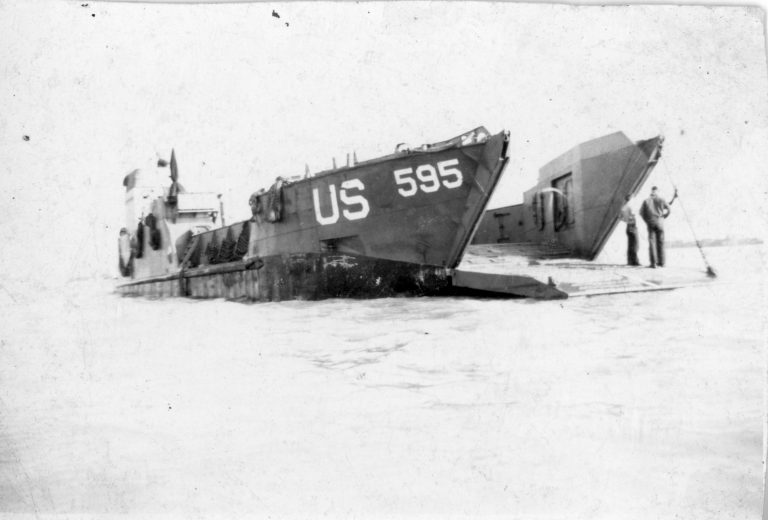 Tattered and war-torn, on Thursday, the Flying Heritage & Combat Armor Museum unveiled the flag at the Seattle Space Needle as its latest artifact.

“Having so rare an artifact from the turning point of World War II is personally significant to me. My father was part of the second wave that landed at Omaha Beach after D-Day,” said Paul Allen. “I’m honored to be able to display this flag at the museum, and I’m grateful to the Rudisill family for preserving this remarkable piece of history.”

See a part of American history as the flag tours Seattle area cultural and historic centers through November 20th.