In the Season of Giving, Seeking to Make an Impact Near and Far

The season of giving is just beginning and it’s a time that we look back on our efforts as well as how individually we can contribute to our mission of tackling some of the world’s toughest problems.

Here in Seattle we don’t have to look far. Recently, the region has faced a crisis of homelessness, with the number of people living on the streets and in shelters on the rise, according to the 2017 count. The Seattle Times recently launched Project Homeless to explore and explain the region’s crisis.

It’s an issue that teams across Paul Allen’s network has been working on—partnering with nonprofit organizations, community allies and government officials—to develop short and long-term solutions.

While these efforts have made progress the scale of the crisis is advancing as quickly as the efforts to tackle it can be deployed. And unlike some of the other issues we are tackling like illegal fishing and climate change, it’s visible to us every day.

But it’s an issue where individuals can take action to make an immediate impact. In Seattle, and up and down the West Coast where homelessness is rising, the nongovernmental organizations that help homeless populations are stretched for resources. That means donations of time, money and materials are needed.

At Paul Allen’s Vulcan Inc., our annual Gift of Give employee program is raising funds for Wellspring Family Services. Last year we supported Peace for the Streets by Kids from the Streets (PSKS) and also partnered with the Seattle Seahawks to raise more than $280,000 for Cocoon House. All of those address the immediate crisis, while our partnership to develop an innovative, permanent supportive housing and onsite services community hub aims for a long-term solution.

As you seek opportunities to make an impact on tough problems during this season of giving, join Paul Allen and his organizations as we take action to make a difference in our home town and around the globe, as well as for the short and long term. 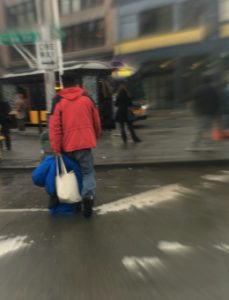 Hometown Heroes, On and Off the Field

Hometown Heroes, On and Off the Field