Sebastian Junger is an award-winning journalist, author of five bestselling books (Tribe, The Perfect Storm, Fire, A Death In Belmont, and War) and documentary filmmaker. He is featured in the feature-length PBS documentary Going To War, developed with support from Vulcan Productions, which details what it’s like to be a soldier at war.

We caught up with Junger ahead of the rebroadcast of Going To War to discuss the cost of war, the U.S. soldier’s experience, and how people can honor Memorial Day.

Interview highlights have been edited for clarity.

What do you see as the human cost of war?

Wars are often good for economies but obviously, there’s a large civilian death toll. Sometimes, strategists argue that’s worth it, and sometimes it clearly isn’t worth it. In WWII, this country made a strategic decision to drop nuclear weapons on Japan rather than fight their way across the Pacific. The argument was, in the end, that there would be fewer lives lost. That’s the kind of moral calculation that happens in war. It’s really hard to say what’s right and what’s wrong, but people make those calculations all the time.

What is a common misconception about a soldier’s experience in the U.S.?

Since Vietnam, a common misconception has been that the only people who would voluntarily join the Army are people who don’t’ have other options in life – economic options. The idea that the very poorest people in society are fighting the nation’s wars is statistically untrue. Combat itself is comprised mostly of white and Latino people who fall under the working or middle-class.

You’ve been reporting on war for twenty years. What surprised you, in all that time, about a soldier’s experience?

People’s heroism surprises me and people’s cowardice surprises me. I grew up during the Vietnam War and was raised by a very liberal family, and when I first started researching soldiers in Afghanistan, I was completely stunned by how determined and dedicated they were. They’re carrying 100-140 pounds in rucksacks all night long, getting shot at, trying to rebuild someone else’s country. It completely eclipsed everything the boys that I went to college with were willing to do. 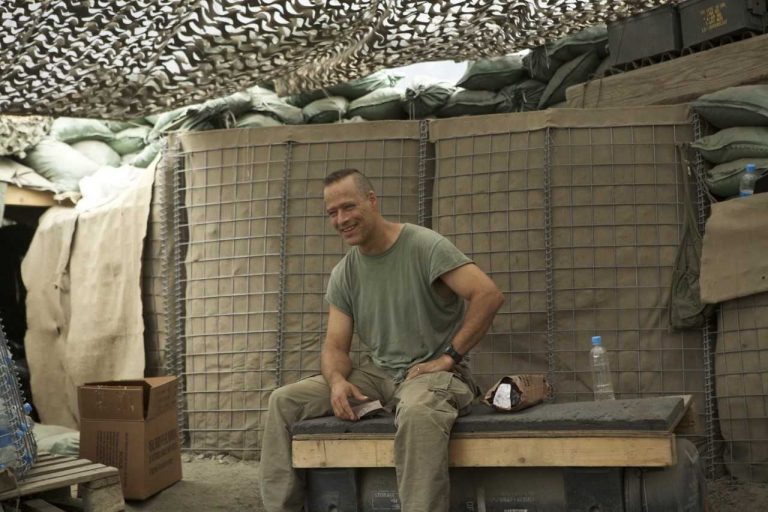 What else should people know about war?

Only 10 percent of American soldiers experience any kind of sustained combat.

What do you hope audiences take away from the PBS re-broadcast of Going To War?

I don’t think anyone quite understands how incredibly close and overwhelming the bonds that are formed in an infantry or military unit are. As a veteran, when you come back home, it doesn’t feel like “home.” It feels like leaving your military family and going back to a weird country that doesn’t share your values – where you’re under threat because the people you trust most aren’t around. I think it’s important for Going To War viewers to understand that veterans who return home aren’t malfunctioning in psychological terms – they’re actually, in some ways, very healthy psychologically. What they created while in the military is a communal environment and often the shock of returning to the disconnected and dispersed American society is insurmountable at worst, challenging at best.

How can people without friends or family in the military honor Memorial Day?

I think this is more of a philosophical question. On Memorial Day, the U.S. acknowledges the sacrifice and loss of Americans who died fighting for this country, carrying out orders. But it’s not just American soldiers that died – for every soldier that died, 10 civilians died in collateral damage, either killed by the U.S. or the enemy. Either way, they’re dead. If American soldiers died for freedom, arguably those civilians died for freedom, too. On Memorial Day, I think we ought to think about how America phrases wars – that they preserve freedom. If war preserves freedom, then we must acknowledge the civilian dead in our military operations.

Going To War will be rebroadcast on most PBS stations on Memorial Day. Check your local PBS station’s online schedule to find out when it will air on your television.

America’s Applause for Veterans Drowns Out their Words

America’s Applause for Veterans Drowns Out their Words