Since the premiere of STEP at Sundance in 2017, director Amanda Lipitz and the young women from the film – produced in partnership with Vulcan Productions – have had a whirlwind year. From winning the Special Jury Award at Sundance, features in Vogue magazine, a performance on So You Think You Can Dance, meeting Michelle Obama and taking home the Outstanding Documentary award at the NAACP Image Awards, it’s hard to pick a favorite moment. But the most rewarding moments for Lipitz have been seeing the ladies of STEP grow into their own and achieve success in college and beyond. We chatted with Lipitz about the past year and her hopes for the film going forward.

It’s been a little over a year since STEP premiered at Sundance. What has it been like for you personally? And what has it meant to you to see this powerful story and message go out into the world?

Well, it’s been so amazing on every level, but mainly the best part about all of it is the confidence and determination and the anything is possible kind of feeling that the young women in the film now have, from all the opportunities that have come our way because of the film’s success and because of how much people love them and are inspired by their stories. I think that has been, truly, the best part of all of it.

I think what’s incredible is when you have 19 teenagers in your film, you have this social media community around the film that you wouldn’t normally have around a documentary. It’s great to see the messages that pour in for the girls on their Instagram, Facebook and Twitter profiles and people all over the world contacting them to say, “Your story inspired me. This made a difference to me.”

It’s important that young black women, especially, see themselves, their families and their mothers in things that are not cliché or stereotyped. I think it’s very rare in popular culture in our country and it’s unfortunate. While the film touches on so many different issues affecting our society today – poverty, mental illness, being the first in your family to go to college, the violence in our cities – I think what audiences are responding to is that this is true, this is real, these are real people and these are their real lives. I think young black women especially are saying, “I’m finally seeing myself, thank you.” I’ve had people say, “I haven’t seen black girl magic on screen in this way before.” That really gives me a lot of pride.

What’s been the most important or memorable moment from the past year?

I think the most important moment was the day I showed the girls the film. The night we showed it was the night before it premiered at Sundance. That was the moment that meant the most to me. Meeting Michele Obama was also incredible.

One of the highlights was going to a couple of the high schools in Seattle that Vulcan had arranged for us to go to. I walked in and they were like “oh” but when Cori, and Blessin, and Tayla walked in, the teenagers, the students they exploded. It was like The Beatles had walked in! That was a huge highlight for me and for the girls.

The movie was coming out and you could really see the impact. Being able to put the film in schools all across the country and have it be available to educators and parents and students — it’s just such a gift and the young women are so grateful for that in the film because that’s why they did it. None of us did this to go to Sundance or be bought by Fox Searchlight, we just did it to inspire other young people to wake up in the morning no matter what’s happening, pack up your backpack, put on your shoes and go to school.

Paul is a person who is a catalyst for change and he surrounds himself with innovators, scientists, researchers, filmmakers and artists who are doing that out in the world, how do you see this film fitting into that and what has it been like to work with Vulcan Productions and Paul?

When we got into Sundance, I looked at my co-producer Steven Cantor and said “we’re bringing everyone to Sundance” and he was like “no we’re not” and I was like “yes we are.” And it wouldn’t have happened without Vulcan stepping in to help us take 29 people to Sundance and feed them, transport them, purchase 29 plane tickets and make sure they have everything they need. The fact that they went above and beyond to make a once in a lifetime experience happen for the subjects of the film just shows, I think, how much they really do care, that it’s not just about a film.

I think that’s the epitome of what being partners with Vulcan is. It’s not just films. It’s causes, it’s individuals, it’s animals. [Vulcan Productions] cherish each individual story and each individual person’s journey and the ability to tell that story to change the world, to make it a better place and change people’s minds. It’s not just about box office, it’s not how many screens it’s on, it’s how many eyeballs can we get on this film, how many people can we, help spread the message about it.

Do you keep in touch with the young women from the film?

I talk to them all the time, we’re on a group text and I speak with the girls individually. I’m really proud of them. Everyone for the most part is doing really well. Obviously there are moments where you fall down and get back up again and that will continue to happen. Just because a movie gets made about you doesn’t mean your life suddenly is a Cinderella story.

But they definitely always rise to the occasion. Watching them, I cry at every Q & A we do. They are so well-spoken and so in touch with their emotions about it, and they’ve handled all of this so gracefully. 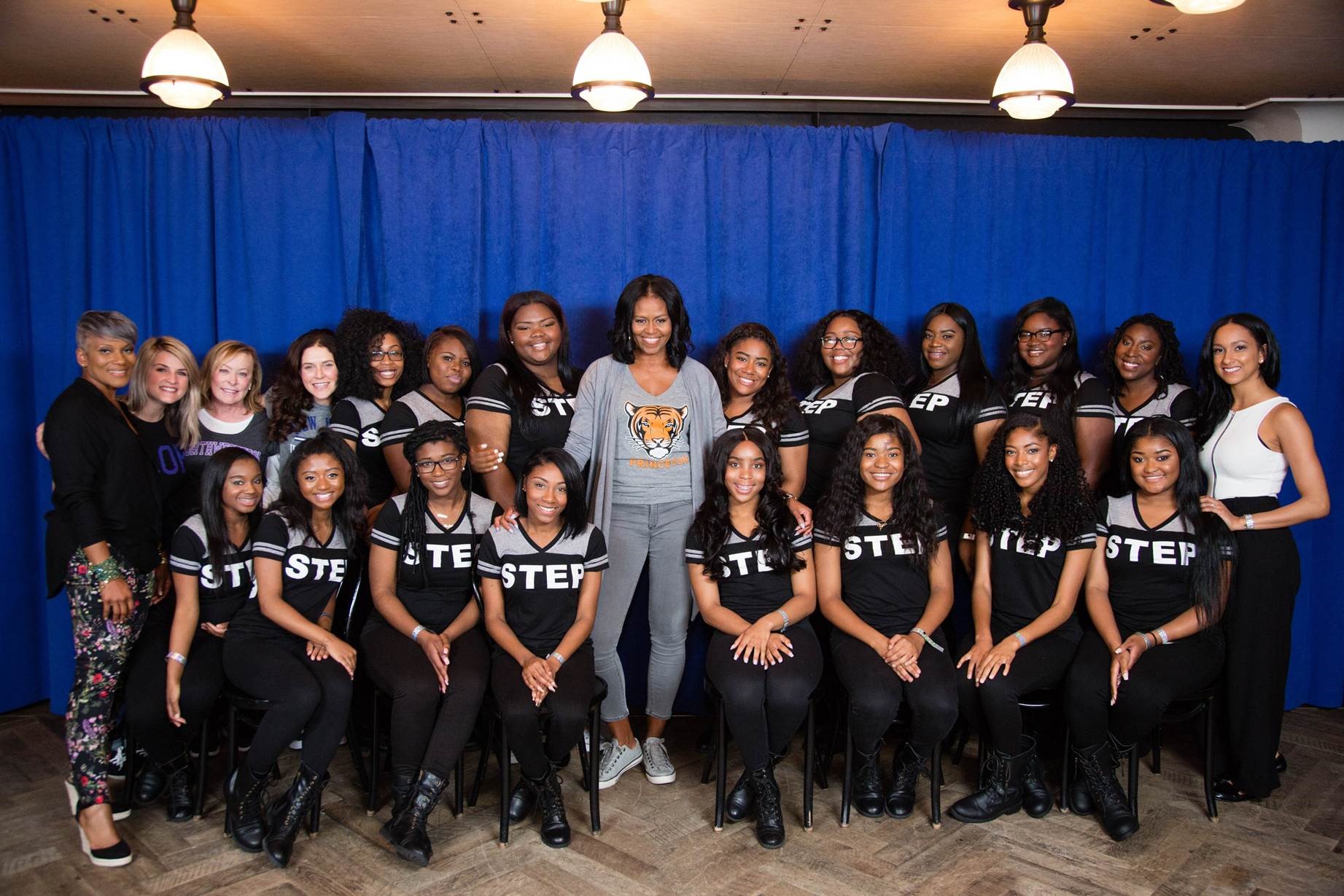 What was it like to work with so many powerful women on and off camera?

I made a film where there’s not a single man in it, I think there’s one or two men in the whole movie. It’s basically all women, and because of the work I do and the projects that I’m drawn to, I always feel completely surrounded by powerful women. That’s just where I am. The women in my life, the women I’m around, they’re the ones that make things happen. Not to say anything negative about my male colleagues, I love them too. Because of the projects I’m drawn to I always feel lifted up and protected by the women around me.

What is your hope for the film going forward?

I hope the film gets screened in schools and community centers and churches all across the country.

When I was asked by Picture Motion and Golden to write a director’s statement, I chose instead to write a letter to the educators who are taking time out of their valuable classroom day, which I know is precious, to show a film. The pressure on teachers and educators today is tremendous. The fact that they see the value in showing STEP to students and they see how it can inspire and change the outlook in an instant, it’s something that feels so real and also something so relatable. It’s not just for the students, it’s for the parents. I chose to write the letter to [the educators] because I was so grateful that they would take time to show this film and talk about it with their students and I hope that it’d give them a little inspiration to keep doing what they do every single day. And I hope the kids go home and share it with their parents.

To organize a screening of STEP, please fill out the form here.