There was a poignant extra event at this year's SkyFair airshow at Flying Heritage & Combat Armor Museum, when founder Paul Allen was honored with a missing man formation. During this aerial act, one of Paul's favorite planes, the P-51 Mustang, flew alongside three other WWII aircraft. As the planes passed the crowd in formation, the P-51 Mustang broke away from the group and flew towards the heavens in tribute to Paul.

Paul said of the Mustang, “I have one particular memory of being with the pilot of the P-51 Mustang and having that plane fly over us you realize the kind of thunderous noise and the power from that era,” 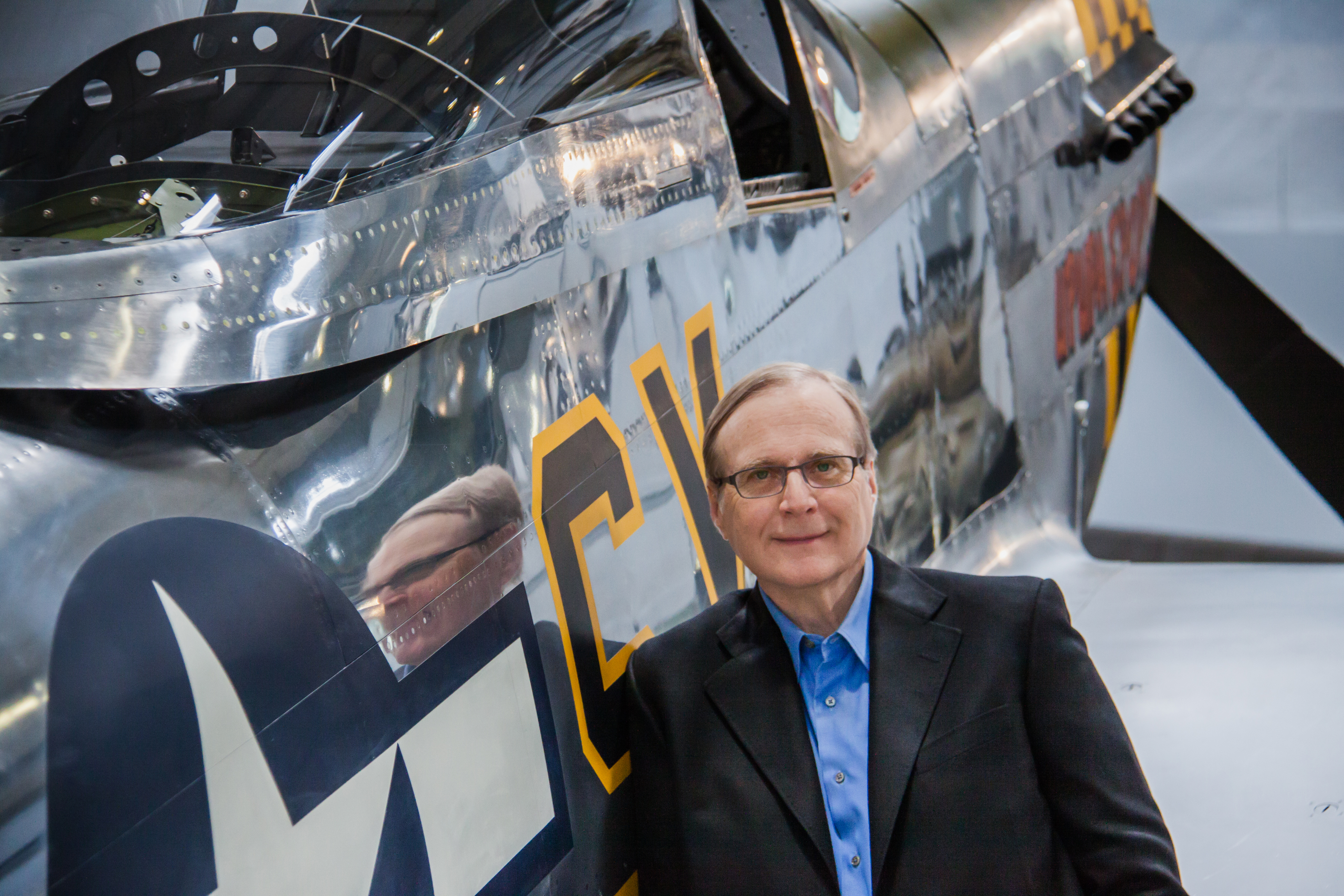 Paul Allen next to one of his favorite planes, the P-51 Mustang