The world watched as Paul Allen’s vision and generosity helped transform Seattle, and areas around the globe. His legacy lives on through big ideas turned projects, through sports dynasties, museums, schools and much more.

In the news of Paul’s passing, the world responded to a tremendous loss.

Mr. Allen continued to hold an enormous fortune and to give generously to charities ranging from social-service agencies around Washington state to exotic philanthropies such as a group in California operating radio dishes to scan space for signs of alien life.

“He could go from talking about who they were going to pick as quarterback to talking about brain science. And each one was with this sort of substance and passion, and they were all important to him.” – David Postman, former Seattle Times reporter

And while some of his philanthropy was global, like a passion for ending elephant poaching, much of his post-Microsoft work centered on Seattle, where he became a transformative force behind many of the city’s leading cultural institutions.

“He has a definitive role of what we understand as today’s Seattle, which is about technology, about real estate and about a distinctive local culture with international visibility.” – Margaret O’Mara, history professor at the University of Washington

Allen’s life and work were remarkable for their depth and breadth, spanning from the formative years of the personal computer in the 1970s to the modern world of 21st century wireless technologies, artificial intelligence, cutting-edge brain science and the promise of space exploration.

“[Microsoft] is an amazing legacy. But his personal legacy to me was as a great friend, a teacher, a mentor, and ultimately as someone who loved life and encouraged others to do the same. I followed his advice on a basketball team — and he’s right, it fires you up. Thank you Paul for all your gifts to us.” – Former Microsoft CEO Steve Ballmer

Mr. Allen was fascinated by science. He created the Allen Institute for Brain Science, to help better understand how the brain works, as well as the Allen Institute for Cell Science, to study complex cells in order to advance biomedical research. And he became a philanthropist as well, giving away more than $2 billion. Some of those gifts, through the Paul G. Allen Philanthropies, included funds addressing climate-change challenges, the Zika virus and other pandemics, and homelessness. 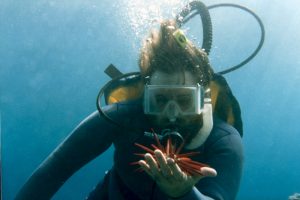 Post-Microsoft, he took on many roles, and I mentioned among them was philanthropist. It goes all the way from, you know, a number of institutes studying artificial intelligence and the brain to a campaign to count, essentially, all of the elephants in the wild on the continent of Africa. So it’s just a really wide range of stuff that kind of reflects his eclectic interests.

Having saved the city, Allen proceeded to have an outsize impact on it over the next four decades—not just as a tech entrepreneur but also in roles such as real estate magnate, founder of museums devoted to pop culture and computers, and musical impresario.

His influence is firmly imprinted on the cultural landscape of Seattle and the Pacific Northwest, from the bright metallic Museum of Pop Culture designed by architect Frank Gehry to the computer science center at the University of Washington that bears his name.

“Paul was a person who pushed so many intellectual envelopes and expanded human knowledge, and his legacy will live beyond bricks and mortar,” Gov. Jay Inslee said.

Allen’s purchase of the Seahawks from previous owner Ken Behring saved the team from what had seemed like a near-certain relocation. Allen’s ownership of the Seahawks coincided with the most successful years in franchise history. It has included 12 trips to the playoffs, three Super Bowl appearances and a victory in Super Bowl XLVIII over the Denver Broncos.

“Paul Allen was the ultimate trail blazer — in business, philanthropy and in sports,” NBA commissioner Adam Silver said in a statement. “As one of the longest-tenured owners in the NBA, Paul brought a sense of discovery and vision to every league matter large and small. He was generous with his time on committee work, and his expertise helped lay the foundation for the league’s growth internationally and our embrace of new technologies. He was a valued voice who challenged assumptions and conventional wisdom and one we will deeply miss as we start a new season without him.

Statement About Paul Allen – Save the Elephants

Save The Elephants is deeply saddened by the sudden and tragic news that Paul Allen has died. Paul had a heartfelt passion for elephants. To him they symbolized Nature, and he had dedicated a significant part of his enormous intellectual and financial power to aid the beings that he knew to be wide-ranging, sentient and vulnerable. Over our long relationship with Paul and Vulcan we had the excitement of developing new ideas with the ability to implement them in the field, often with hugely improved techniques. Paul was always deeply generous to his friends, no matter their species.